From the beginning of the project, Letu “nuutoo” is doing its best to discuss the design project with Taihe, until the completion of the construction, the Fuzhou people will be able to enjoy the shock and safety of the large slide at the door. 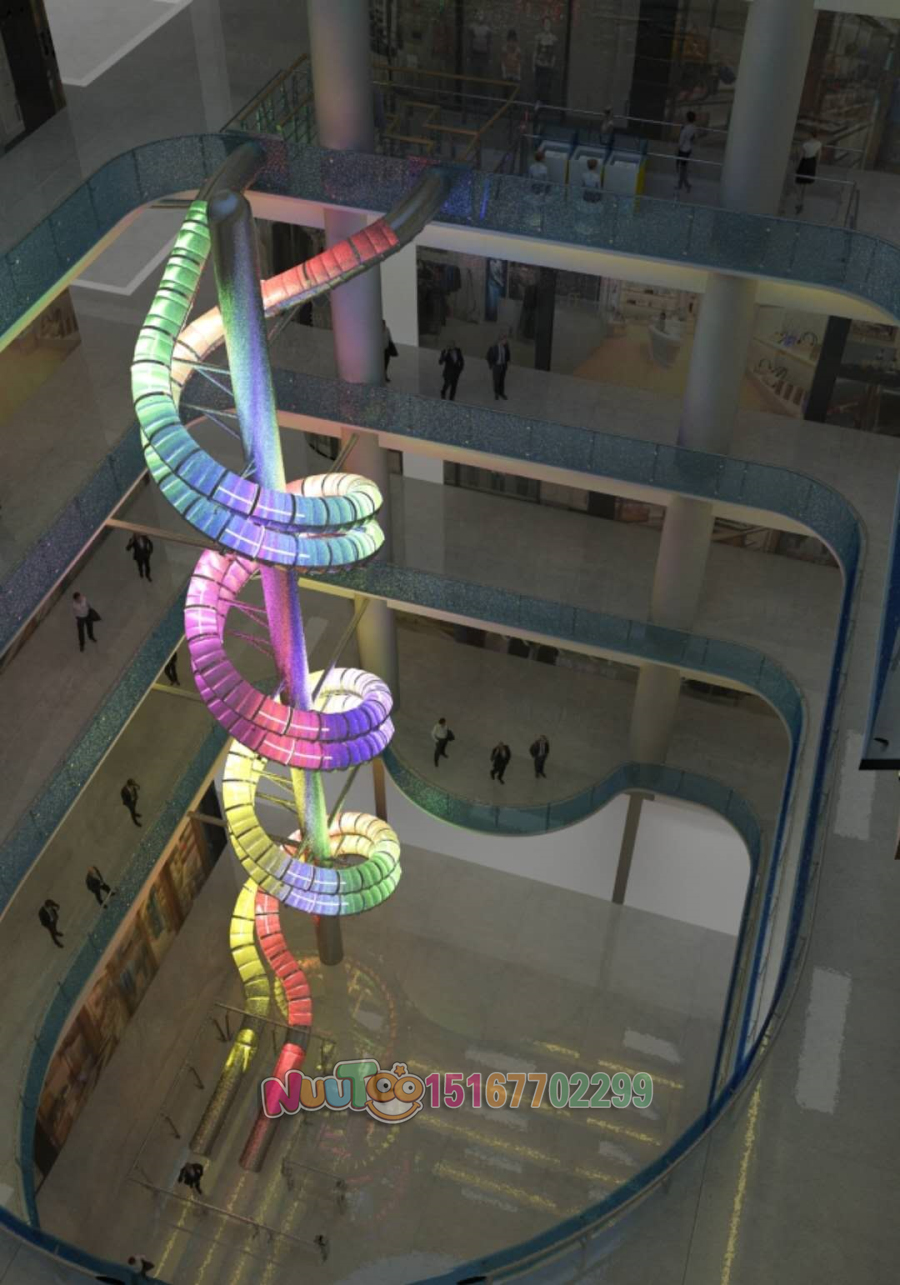 The 5-story slide is not the first time for “nuutoo”. There is no problem. Taihe is the first to try this kind of project. As the responsible two big companies, the first consideration is safety, in the selection and production process. Strict production requirements have been made on the steel. All steel structural materials are all made of national standard 304 stainless steel, the thickness is at least T=4.0, and the parts such as flanges are more than T=15.0. 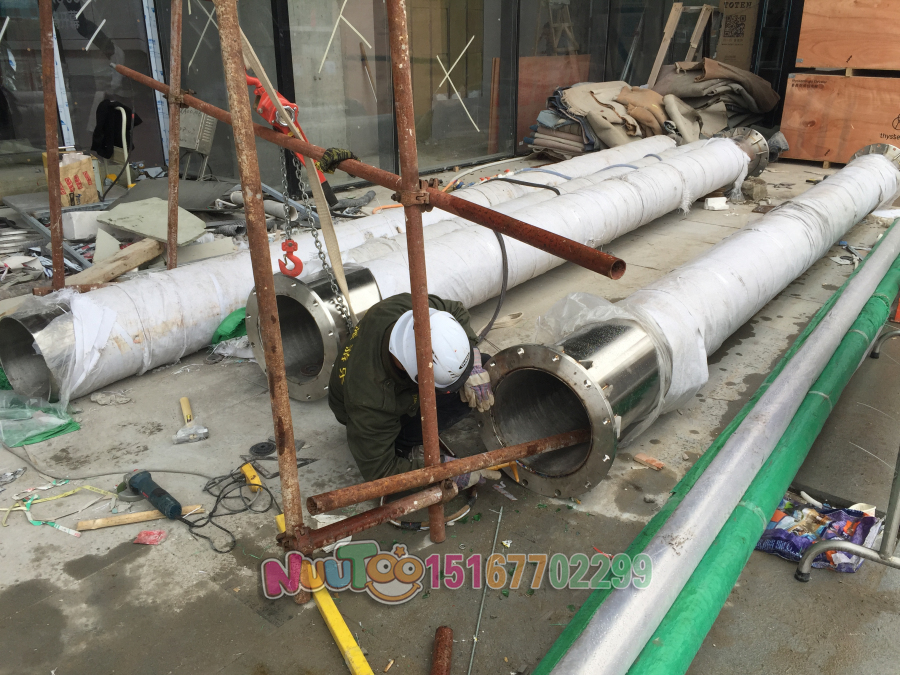 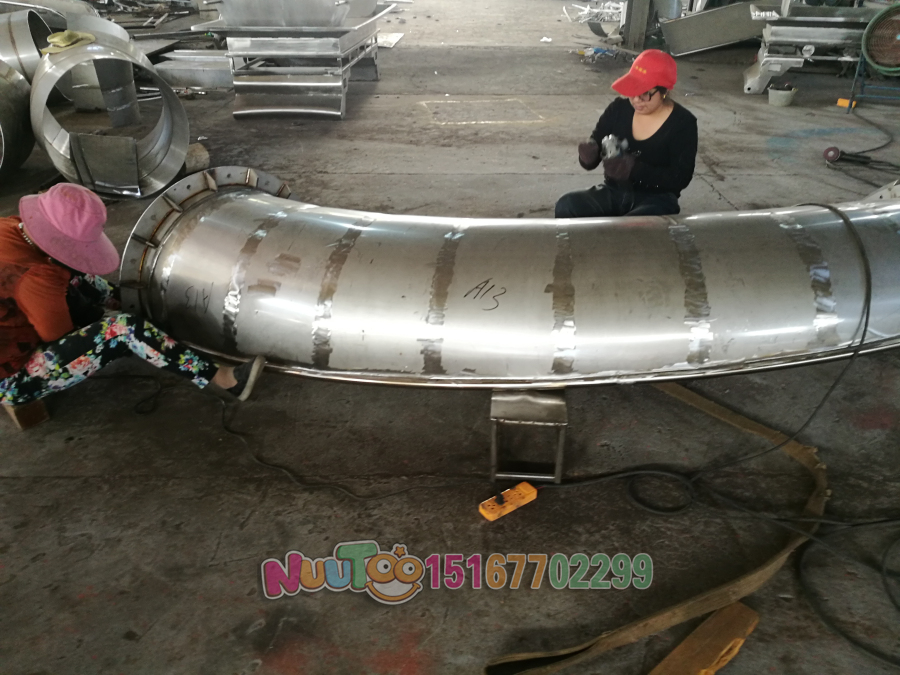 Ingenuity quality, the pursuit of each process, argon arc welding, to ensure that the welding is firm, 18 polished wire drawing, leaving no trace of welding. 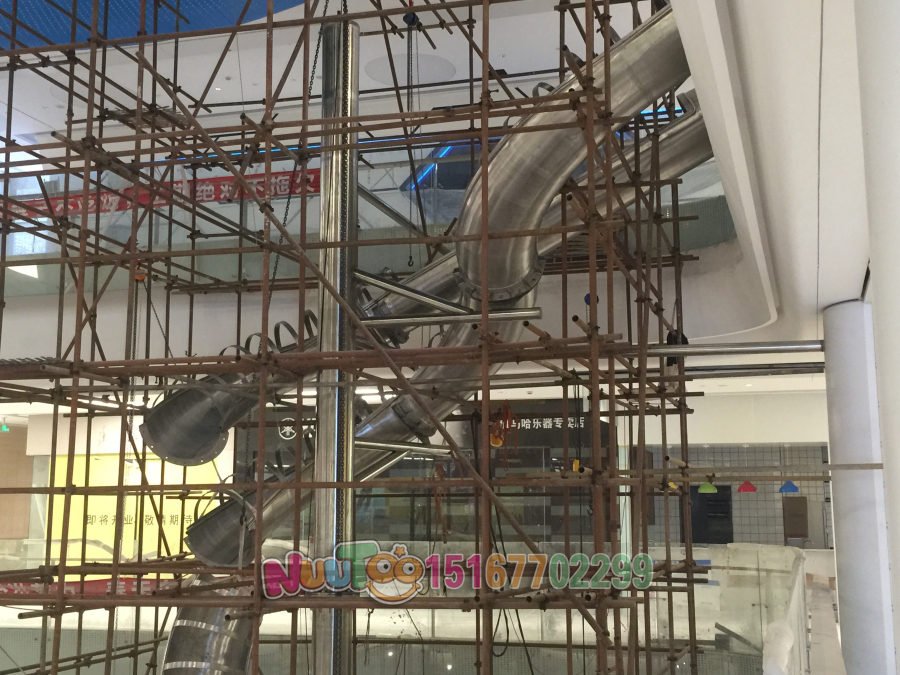 Installation is an important process that tests the timidity and wisdom of the master, and the technology is step by step from top to bottom. 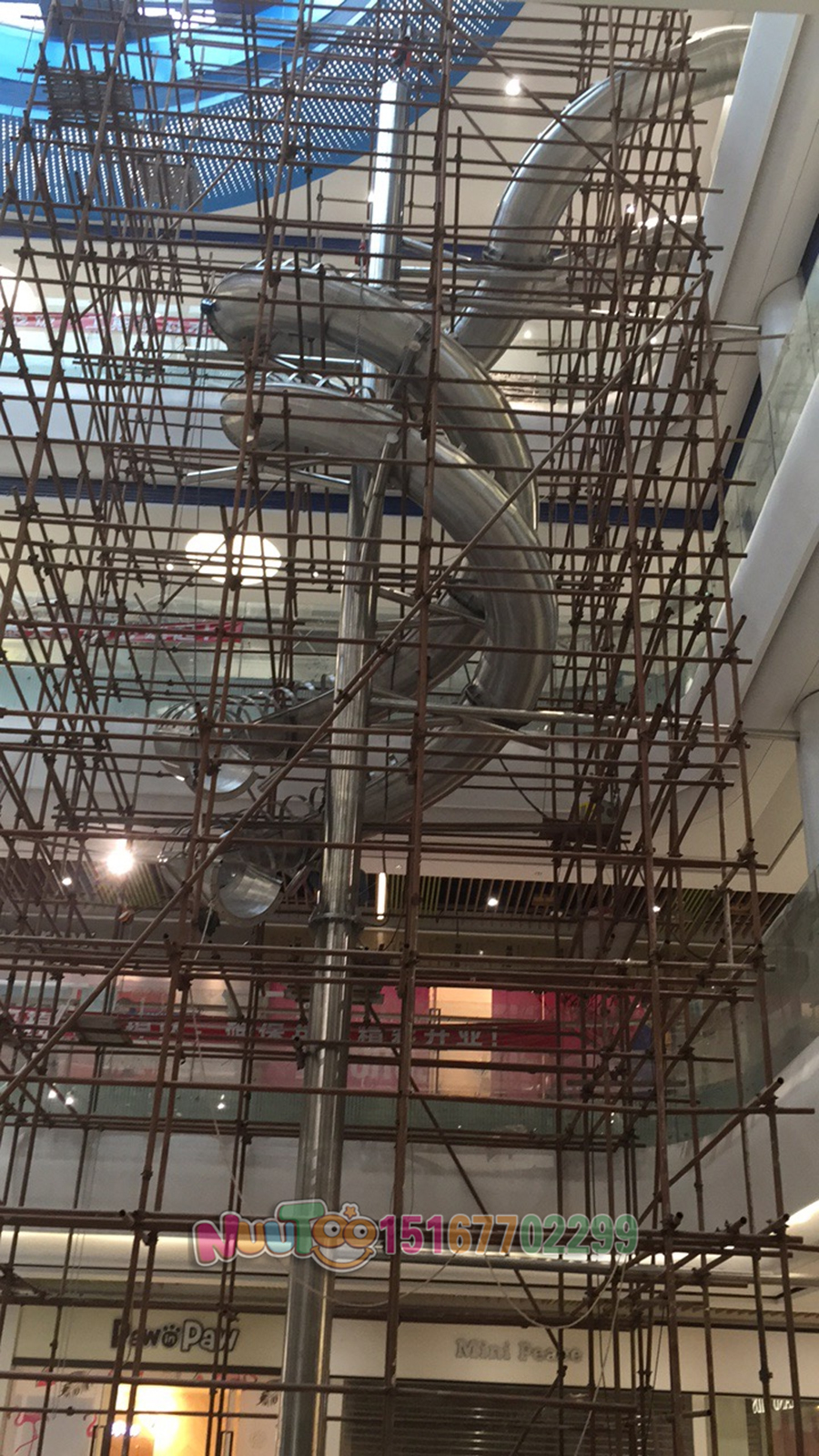 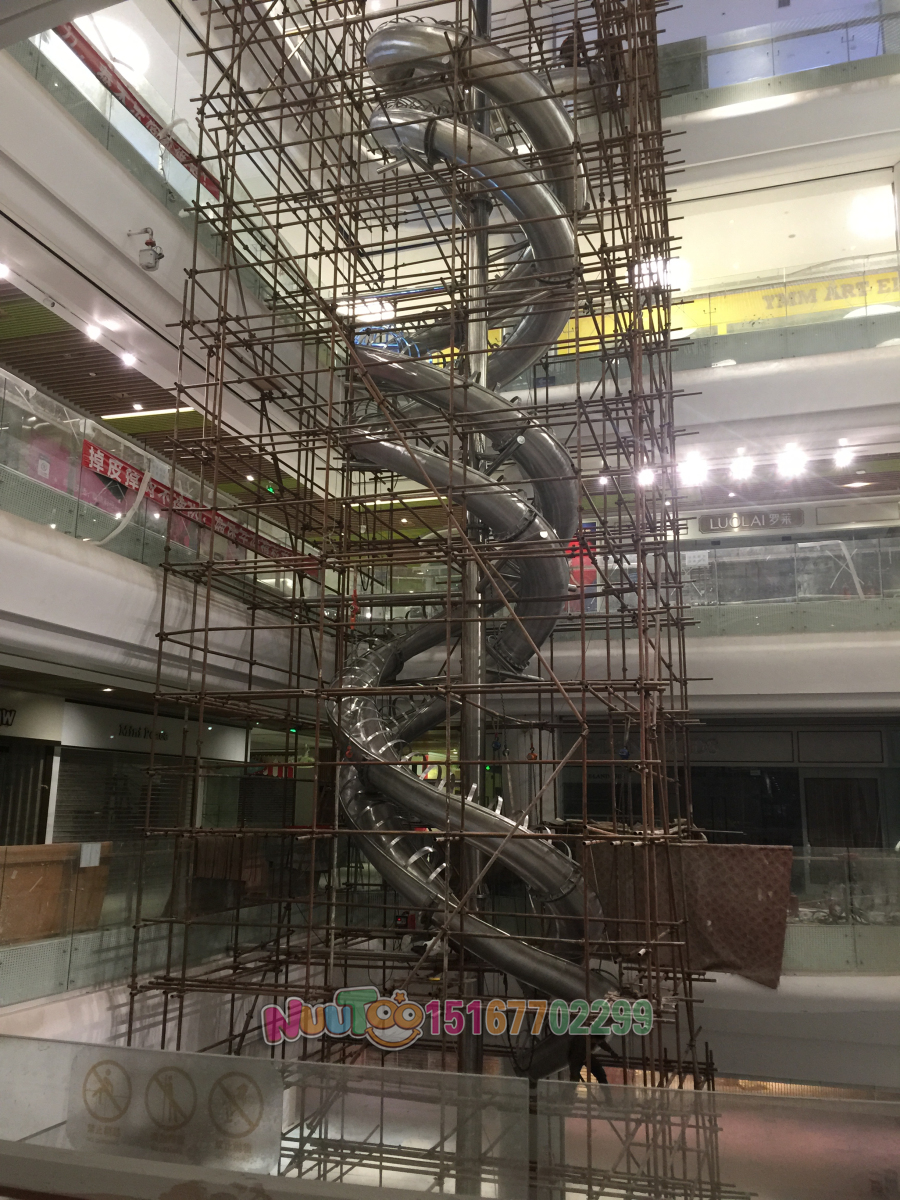 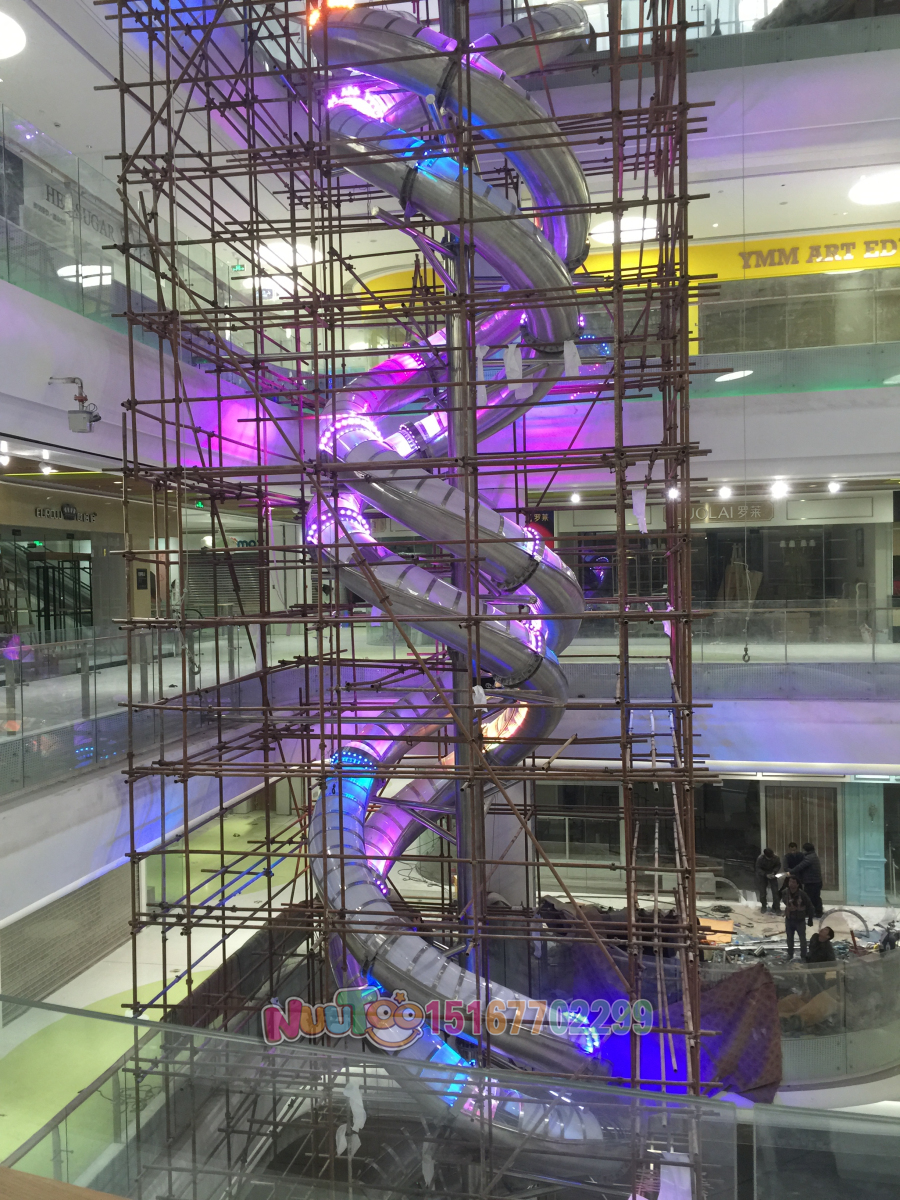 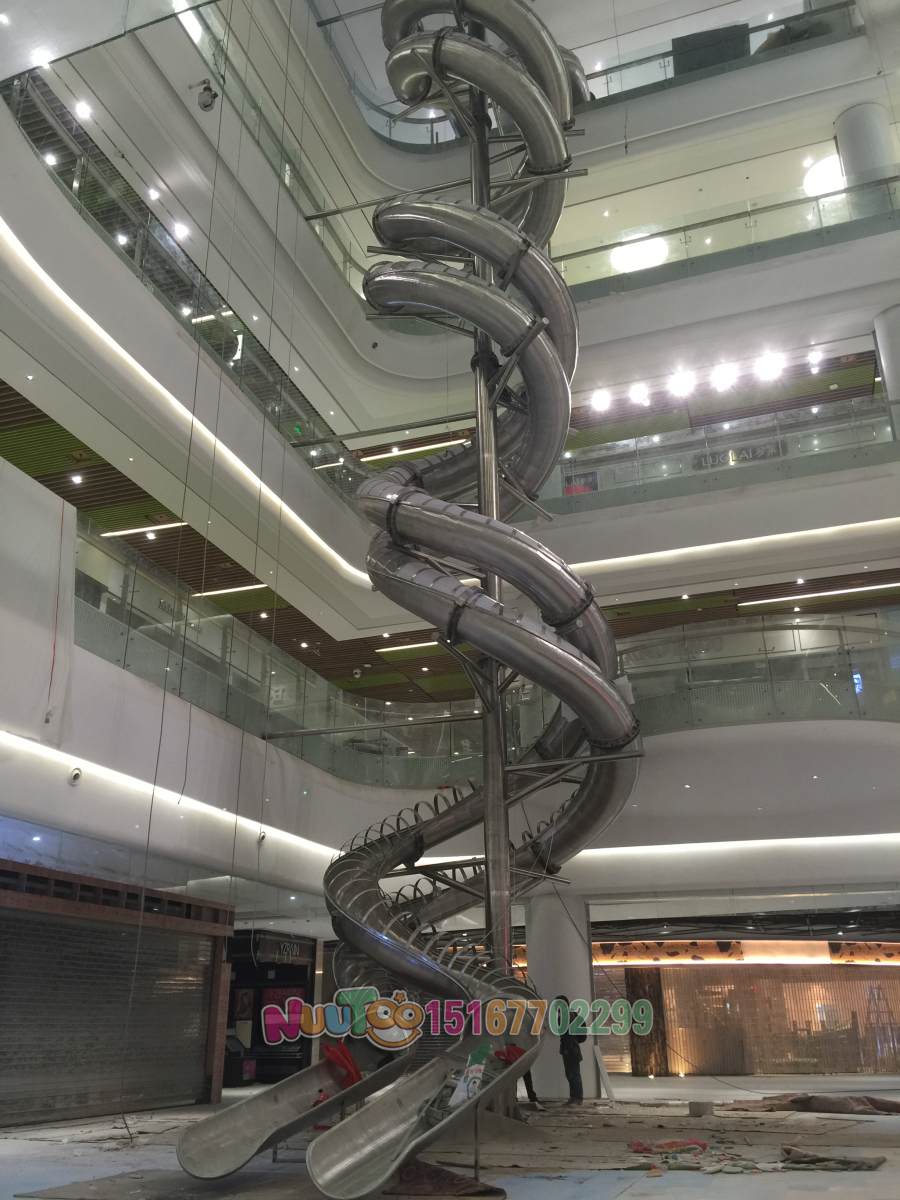 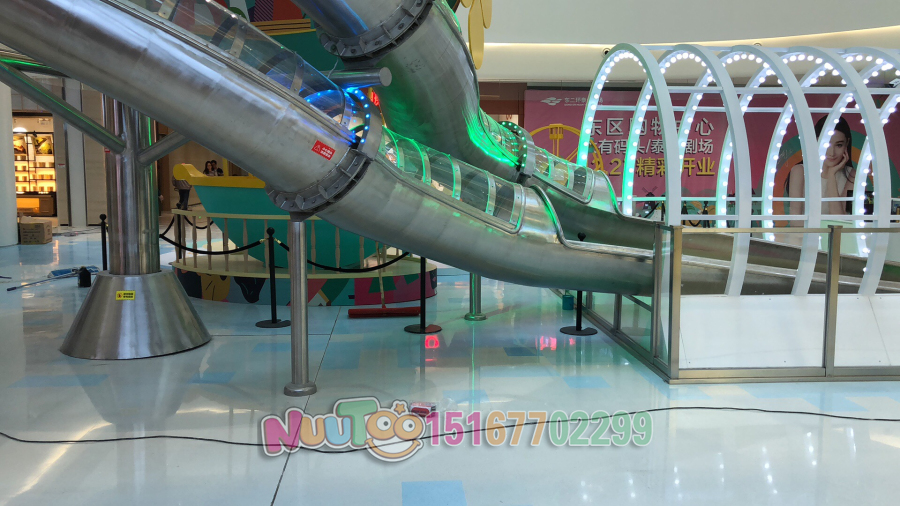 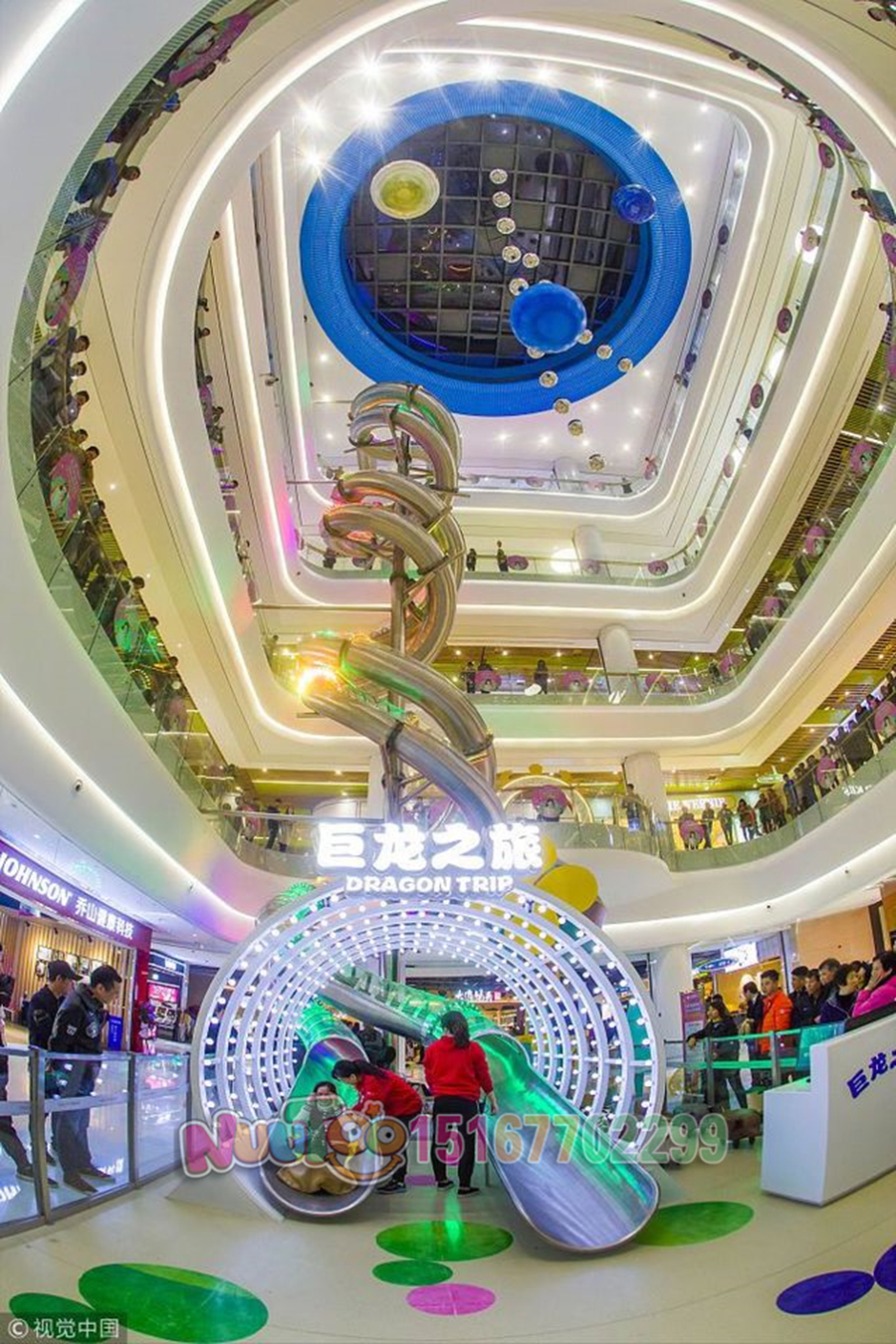 This 5-storey double-track dragon slide takes only 10 seconds in the air. The transparent upper half allows the bold people to enjoy the beautiful scenery of the entire mall. Here, a short 10-second trip provides a unique moment to realize the natural moments! 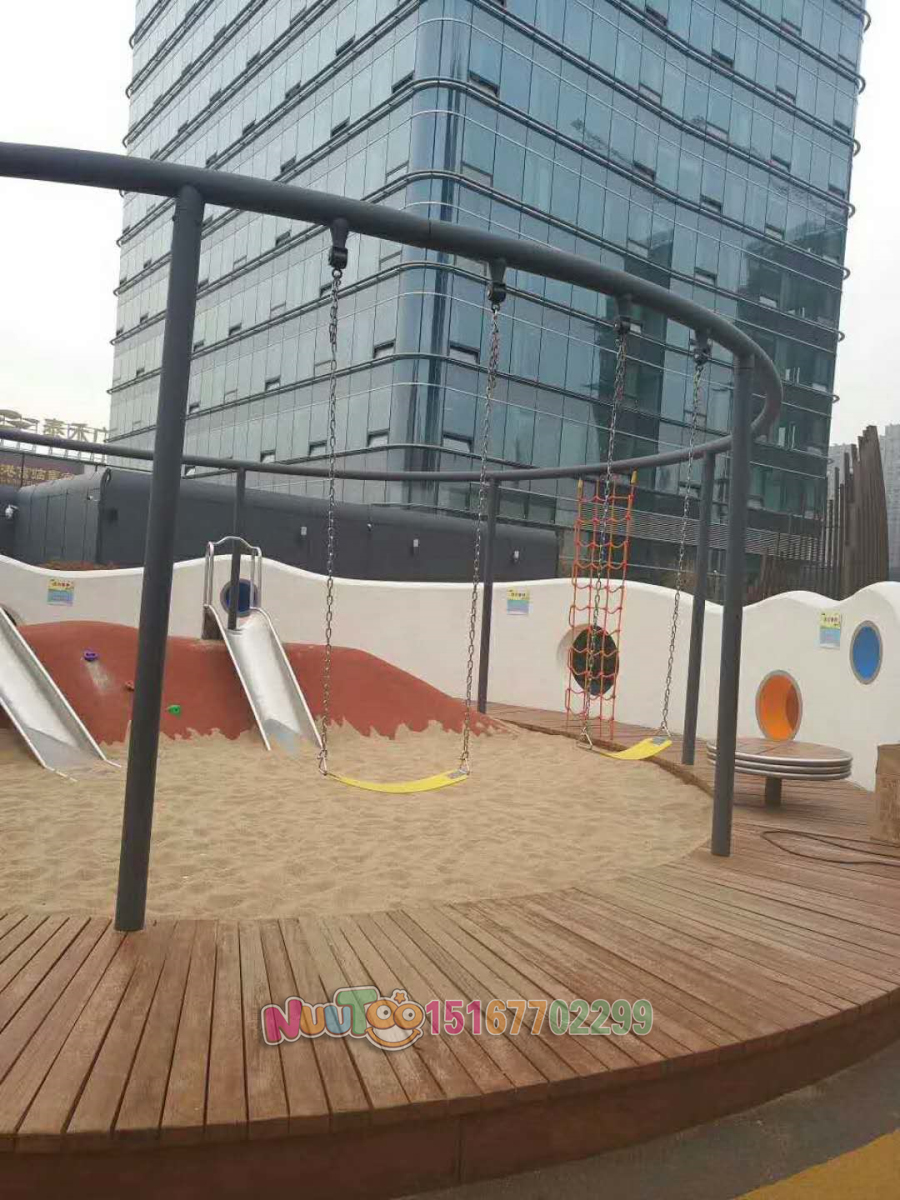 There is also a dream trip in your leisure time, you can take your family into the leisure center of the corner 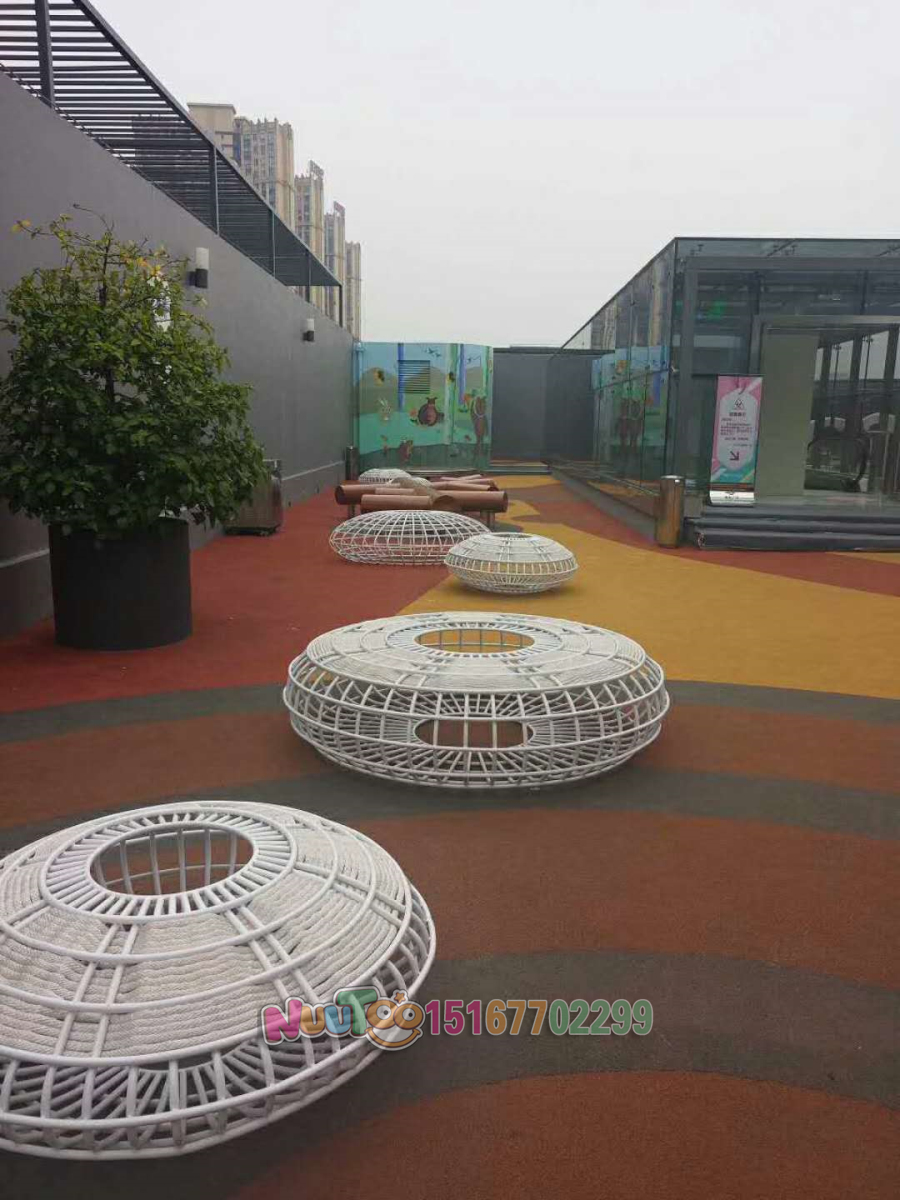 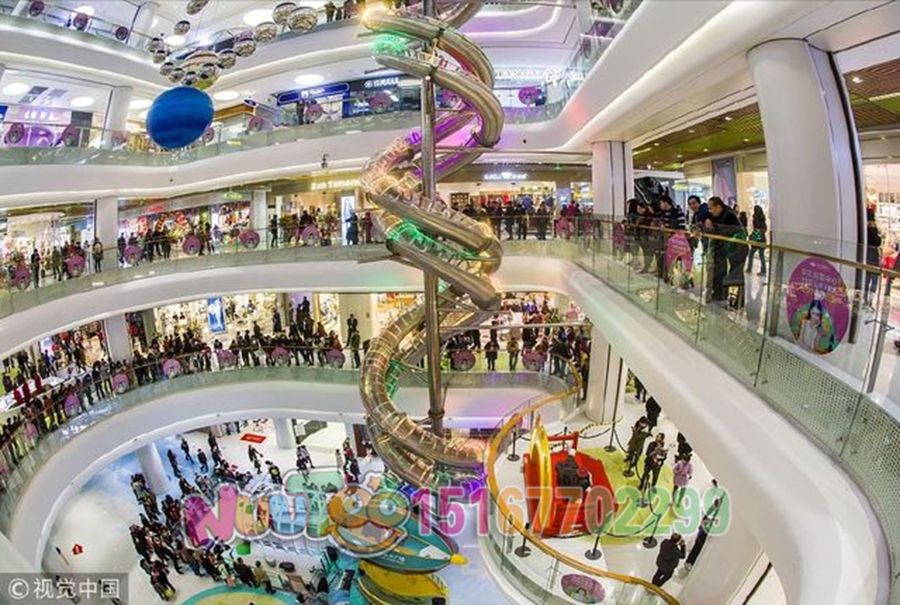 The slide is a supporting project for the second phase of the East Second Ring Taihe. From the fourth floor, it passes through the first floor and the wholeSlideIt is fully enclosed and the interior is made of metal and is very smooth. The slide has a total height of five floors, and the player slides from the top to the end, which takes only a dozen seconds. Such a thrilling slide, someone who dares to experience and challenge must be a brave person. It is understood that the "Julong Slide" is the first case in Fuzhou. Image source: Yang Yanna / Vision China 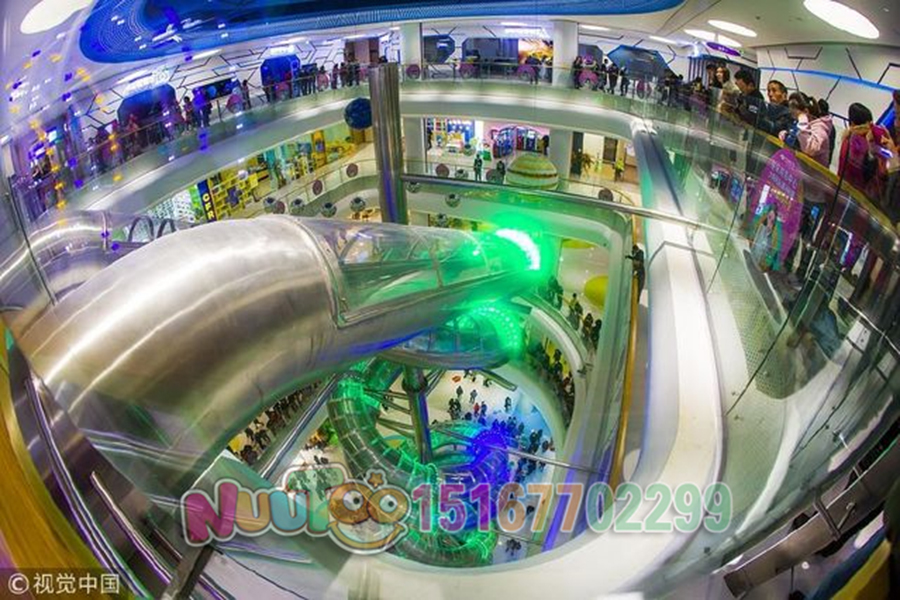 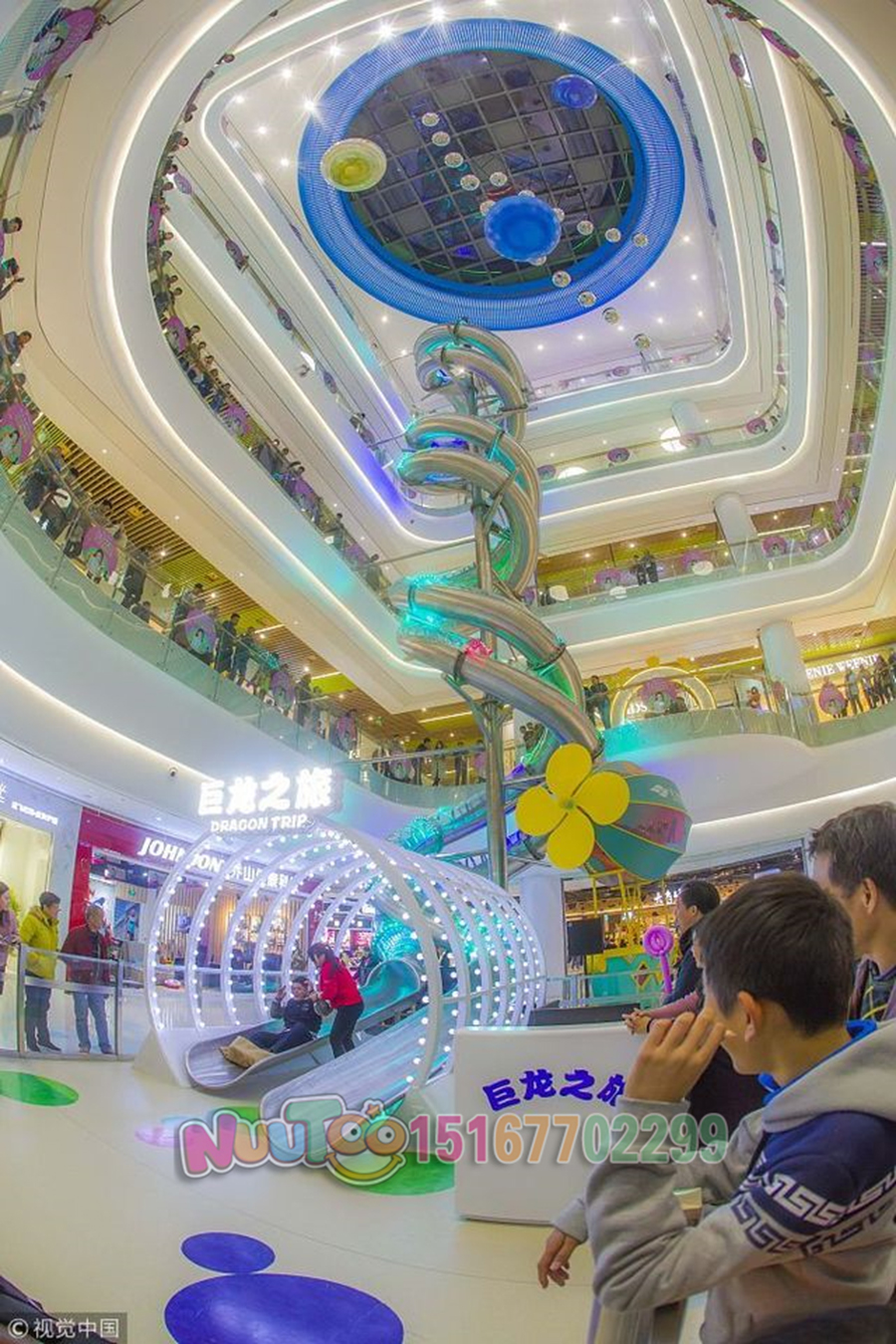 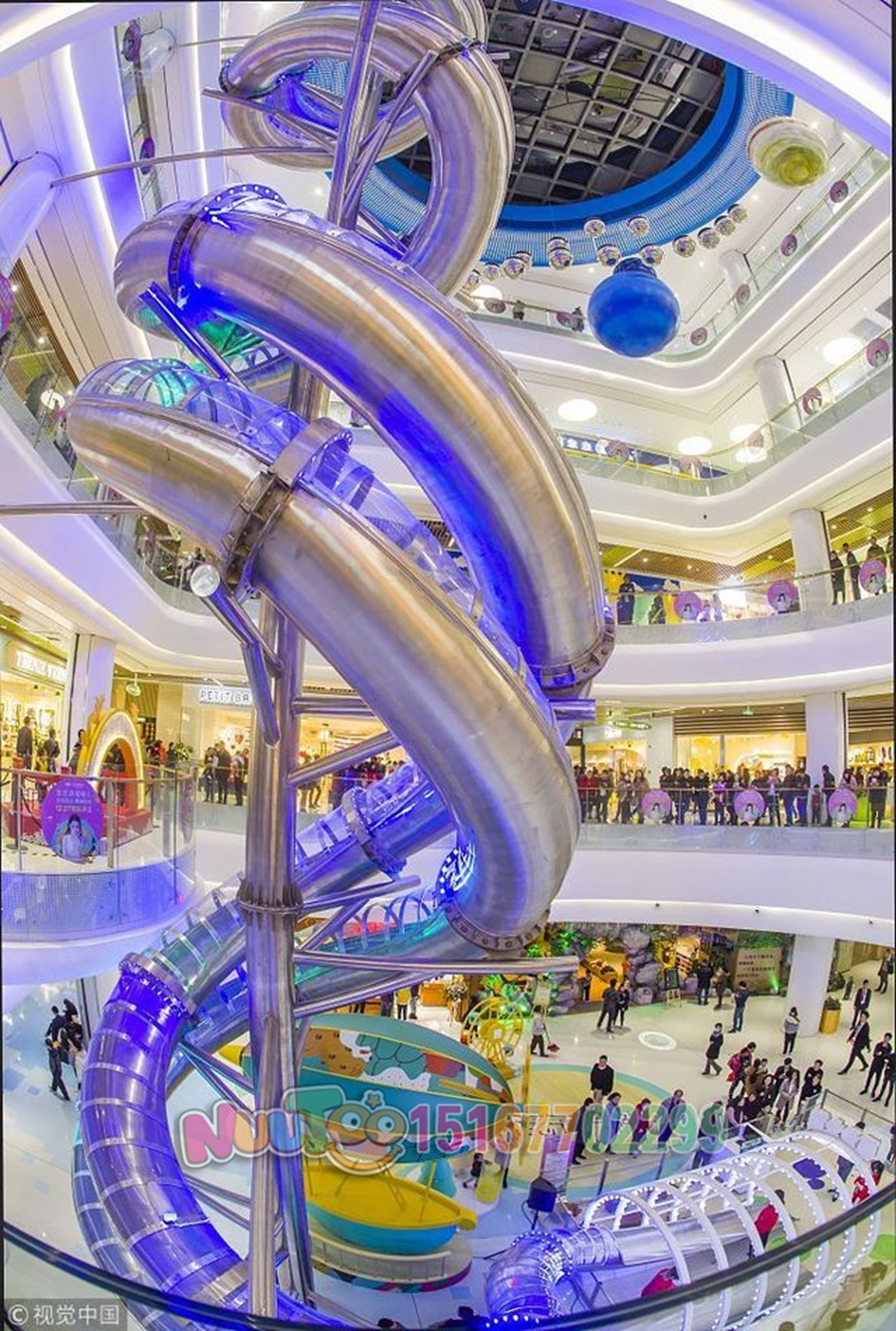 Fuzhou's first dragon slide will be officially opened to residents of Fuzhou in the East Second Ring Taihe East Shopping Center on December 27, 2017.

The Eastern District Shopping Center, which will be the second phase of the Fuzhou East Second Ring Taihe Project, will officially open at the end of December 27. The second phase of the shopping center, in addition to creating the largest indoor playground in Fuzhou, which is mainly for teenagers and children of different ages, will also introduce the world-famous dragon slides to Fuzhou for the first time. It is understood that Fuzhou's first dragon slide is as high as five floors, from the fourth floor to the first floor, it only takes a dozen seconds to slide down. Let’s take a look at its breathtaking appearance.

After the construction is completed, this is the first two-track shopping mall slide in Fuzhou. The exterior is made of steel. The upper part is closed with transparent acrylic material. It slides down from the top and can also see the scenery outside through acrylic. It can be said that it is quite thrilling. 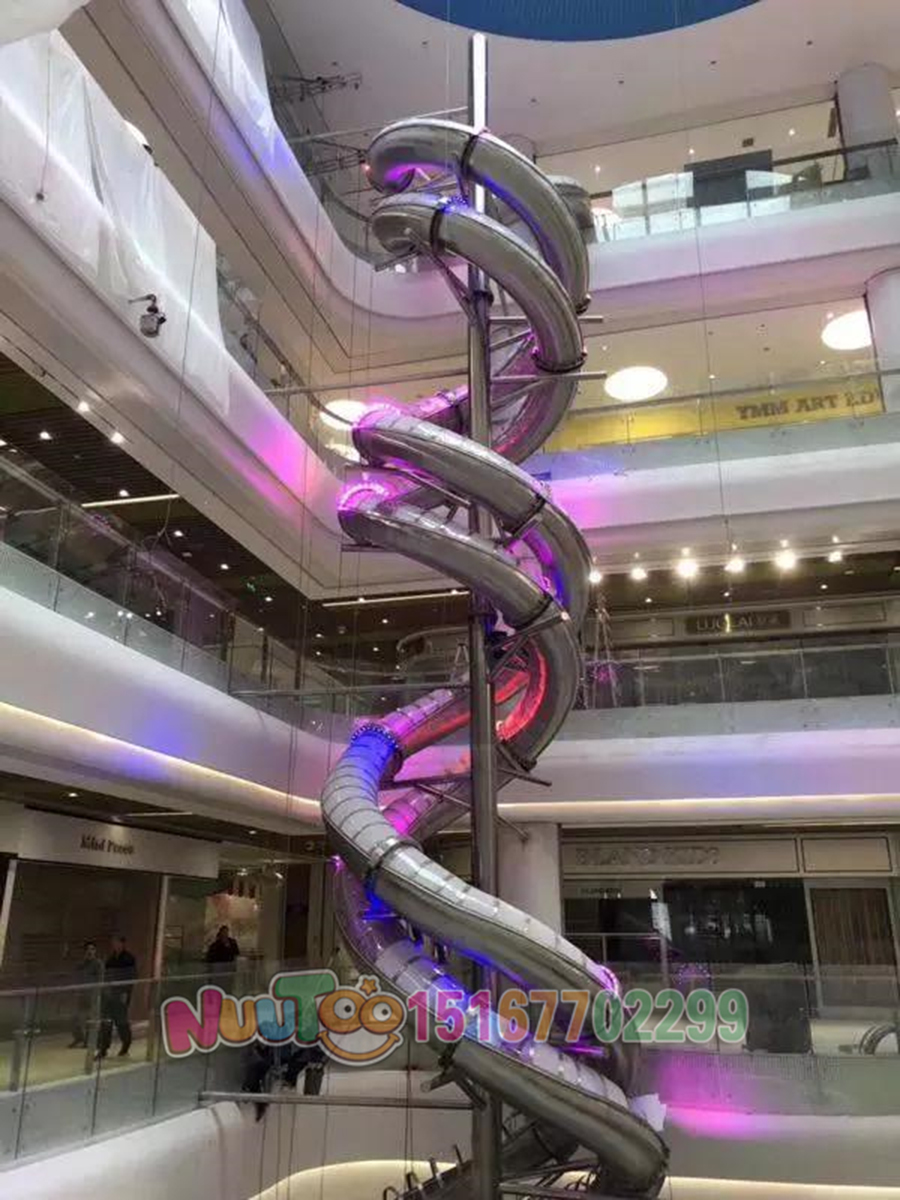 Let’s take a look at the renderings after the lights are lit. The top is decorated with lanterns, like two colored dragons hanging in the mall. 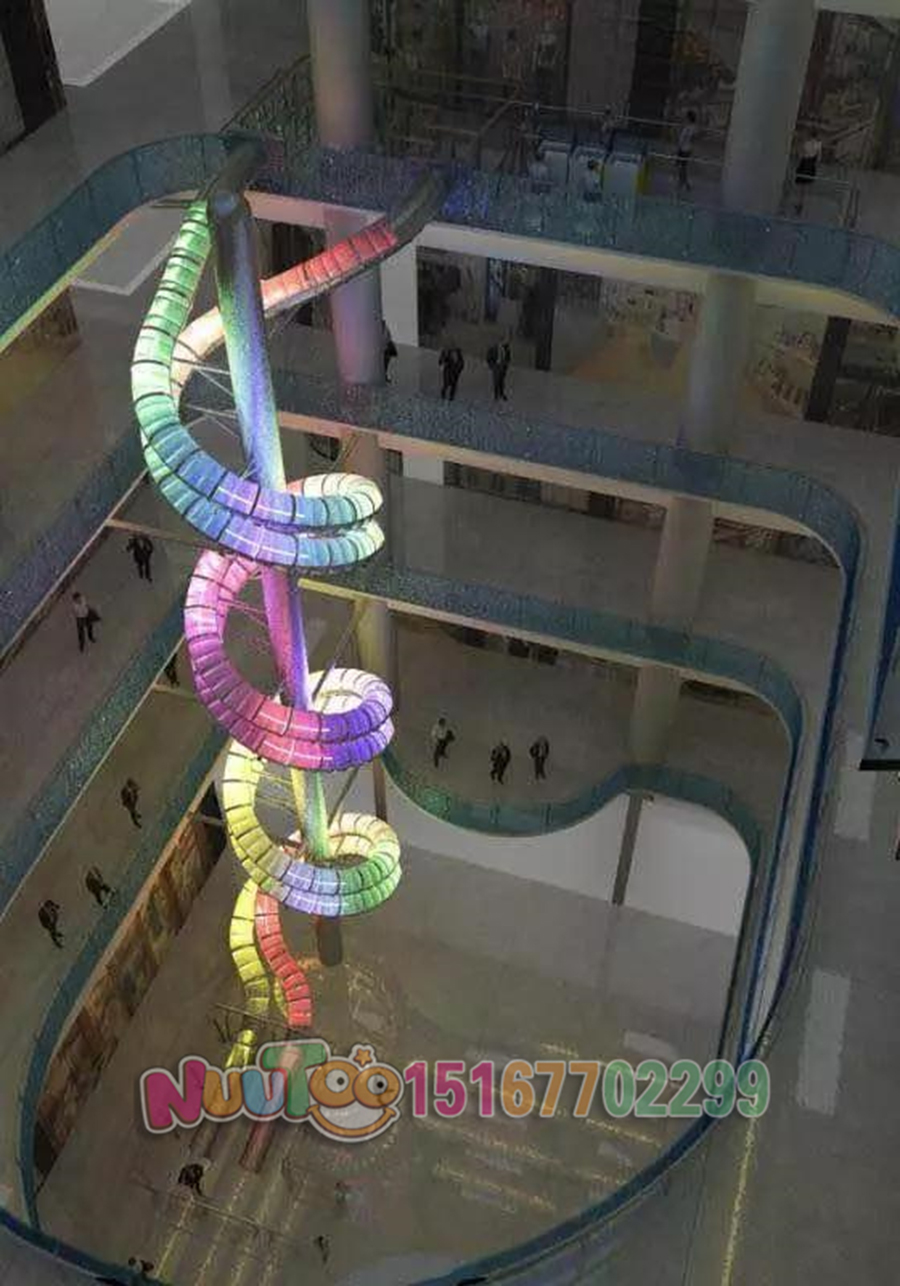 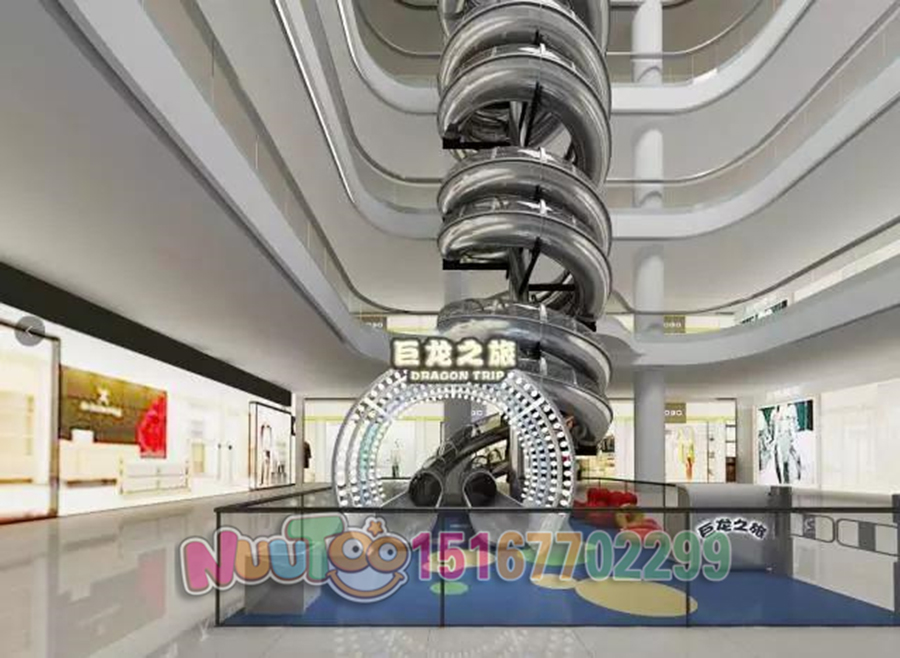 According to the staff, in addition to these exterior decorations, there are a lot of camera heads in the slides. Just like playing a roller coaster in an amusement park, you can take back your own photos in the slide after the end. The fare for playing once is 40 yuan. Personally feel that it is not expensive and not cheap.

If you want to experience the feeling of a child's slide, this upgraded version of the "sliding ladder" can be tried.

Many people also have doubts. Is there any safety protection for this large-scale play facility built in the mall? Will it be too fast? What should people do when they crowd?

In fact, this dragon slide was introduced to Fuzhou for the first time, but it is not the first, and it has matured in other regions and countries.

Dragon slides in other regions

As early as 2016, a shopping mall in Shanghai introduced a dragon slide, named Happy Slide, with a total height of 18.9 meters, a total length of 54 meters, a diameter of 0.8 meters, and four corners. It takes 16 seconds to slide down from the top. The inside is also made of metal, very smooth 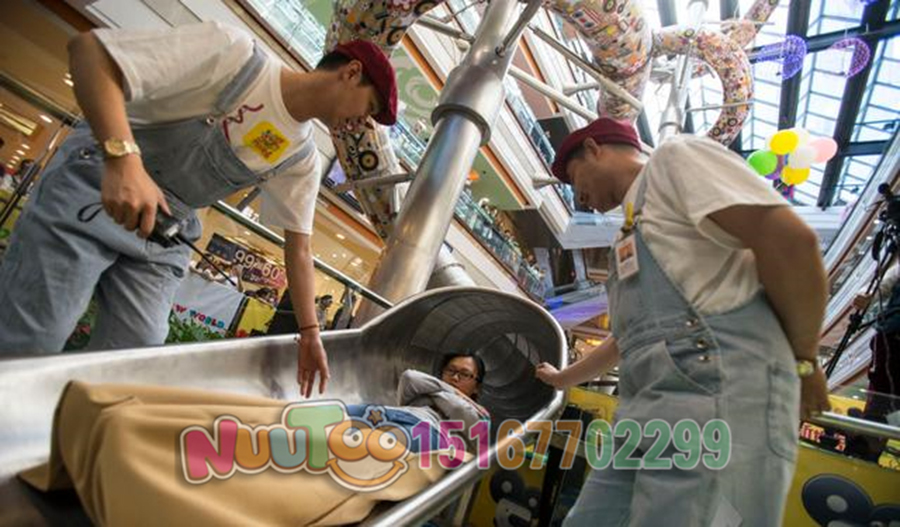 Regarding safety issues, first, it is not going to let customers directly touch the slides, and will wear something similar to a kangaroo suit. The second one is when it is close to the exit. In fact, the speed is already very slow, so there is no need to have a strong sense of cushioning. The third is that there is only one customer experience at a time. Only when the current one comes out, the next customer can enter from the entrance. Patients with heart disease, high blood pressure, high fear, and pregnant women should not take it. In addition, children must be over 1.3 meters tall and accompanied by parents.