The classic landscape playground case at home and abroad, look at it, don't take it away!

Children's playground is not only a place to provide equipment for children to play, especially for children's paradise with a strong interaction of amusement, sports, puzzle and fitness. It has been reformed and opened for 30 years. With the rapid development of China's economy, China's The theme park industry has also ushered in a booming momentum. The pursuit of personalized theme parks has given a wide market space for non-standard customization.

With more and more personalized parks invested, Disney's entry into China is destined to be a pain in the United States! 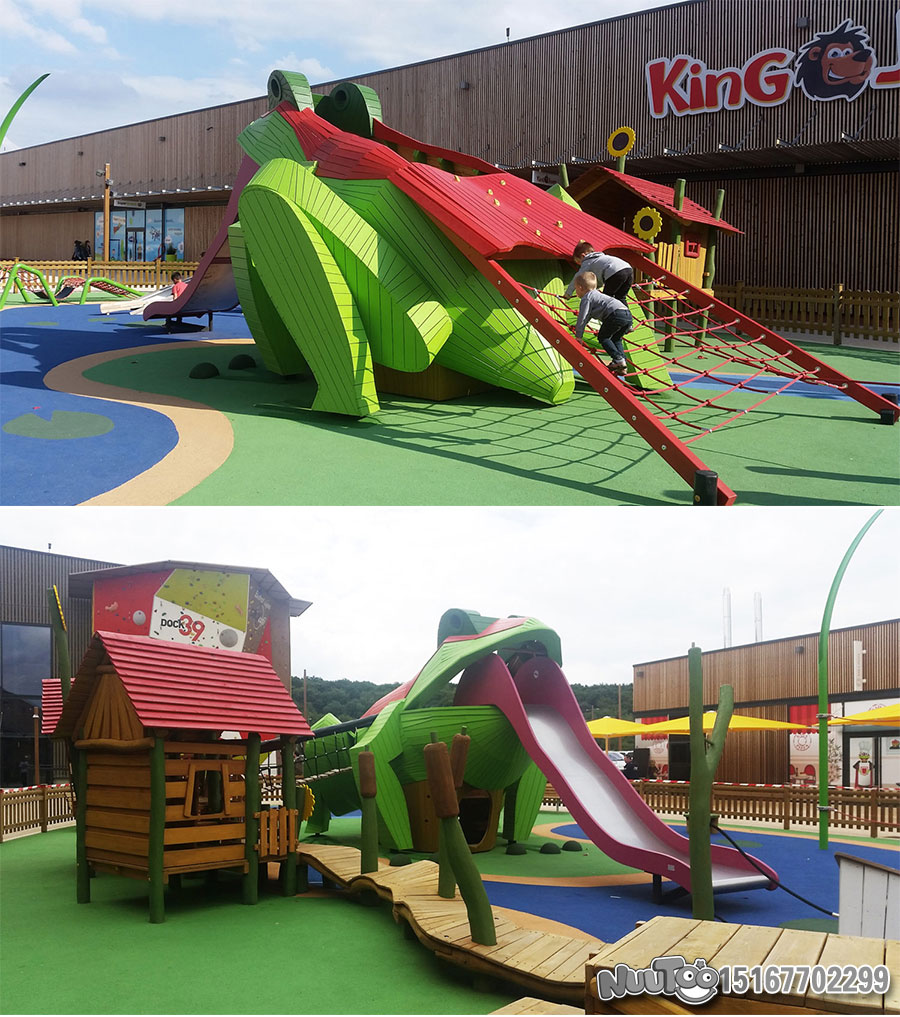 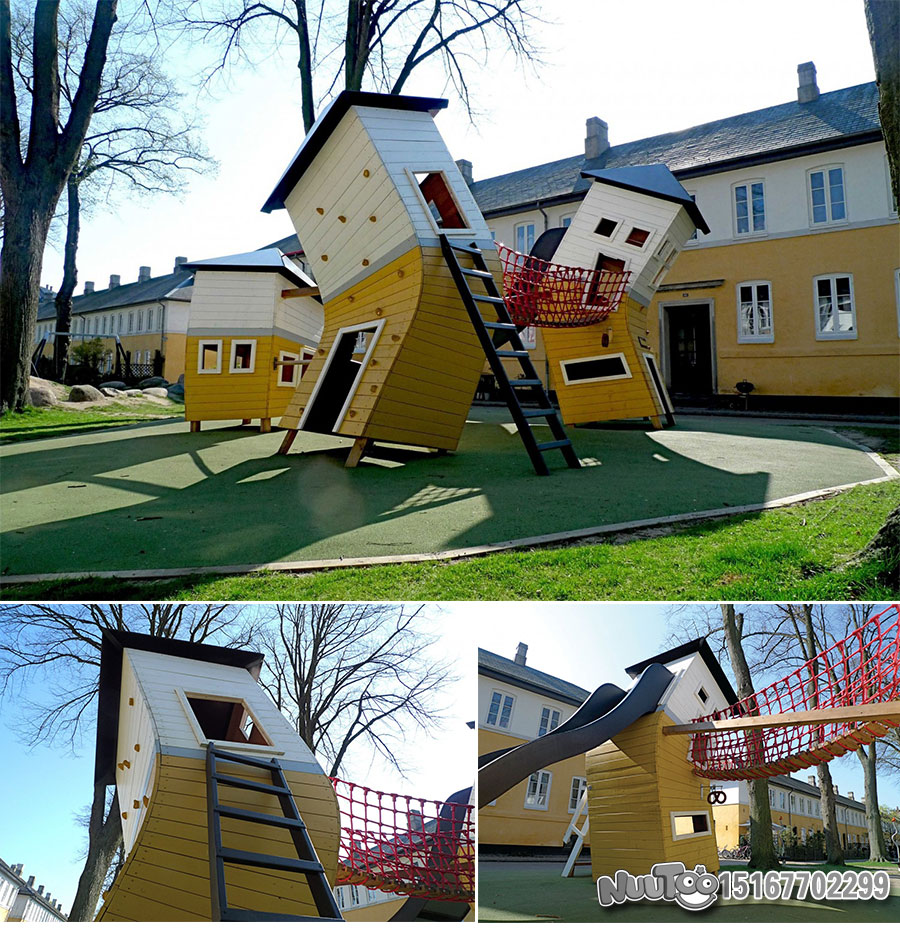 These twisted little houses will take you back to the Brumlby (Danish Town) in the 19th century. The novelty is to remind everyone of the history. There are equipment such as rock climbing, slides, etc. There are also balanced passages at the joints to pass safely. 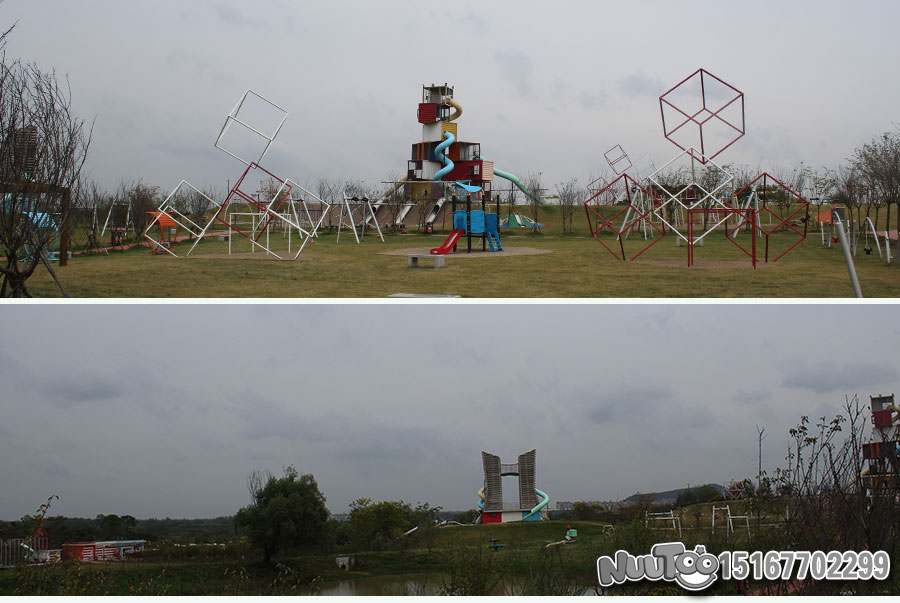 A few containers that seem to be simple, piled up in a mess, and built into different amusement projects inside, so that the creativity of the brain is so wide, this container amusement wind has also swept the north and south!

The lion shape originated from Savannah in Africa, lying comfortably on the ground, the hidden little goat is the next meal it imagined. In the tree house behind the grass, there are two huge slides, which are very exciting. 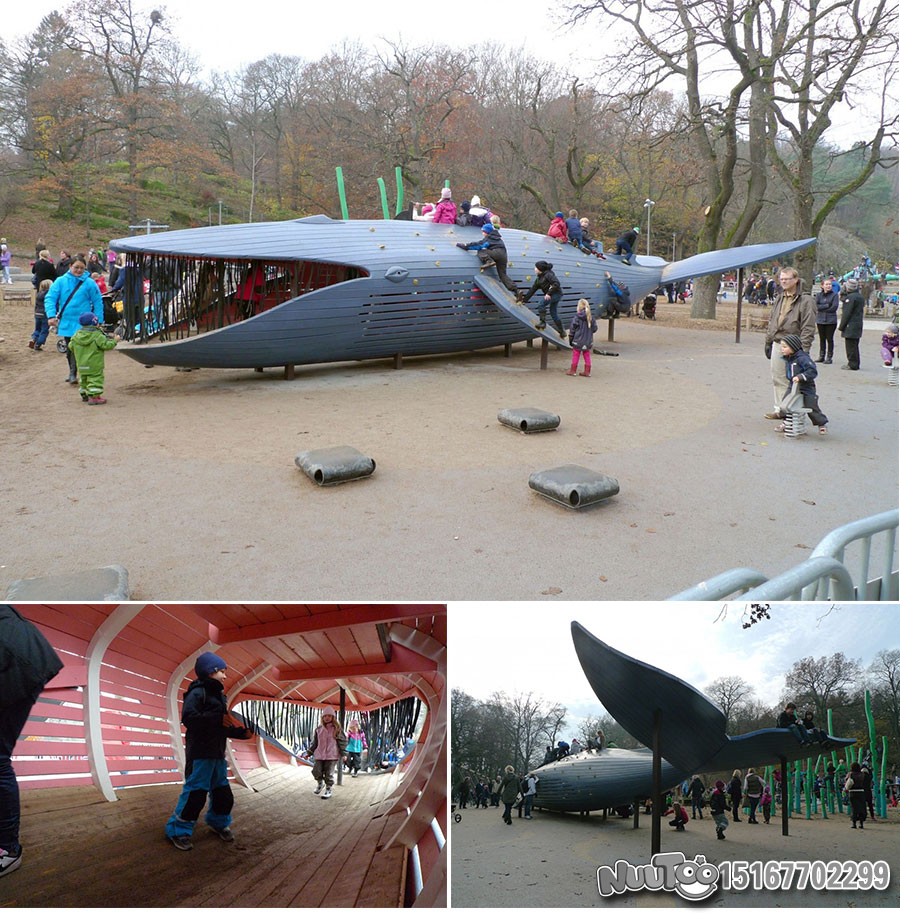 Want to get in touch with the whale? Let's find out now in its body! You can also climb from the side of the hole to the top of it and then slide down the slide.

A lovely playground made up of owl statues and wooden mushroom statues in Stockholm, Sweden. The owl here is also divided into kings and back, up to 18 feet (about 5.4 meters). 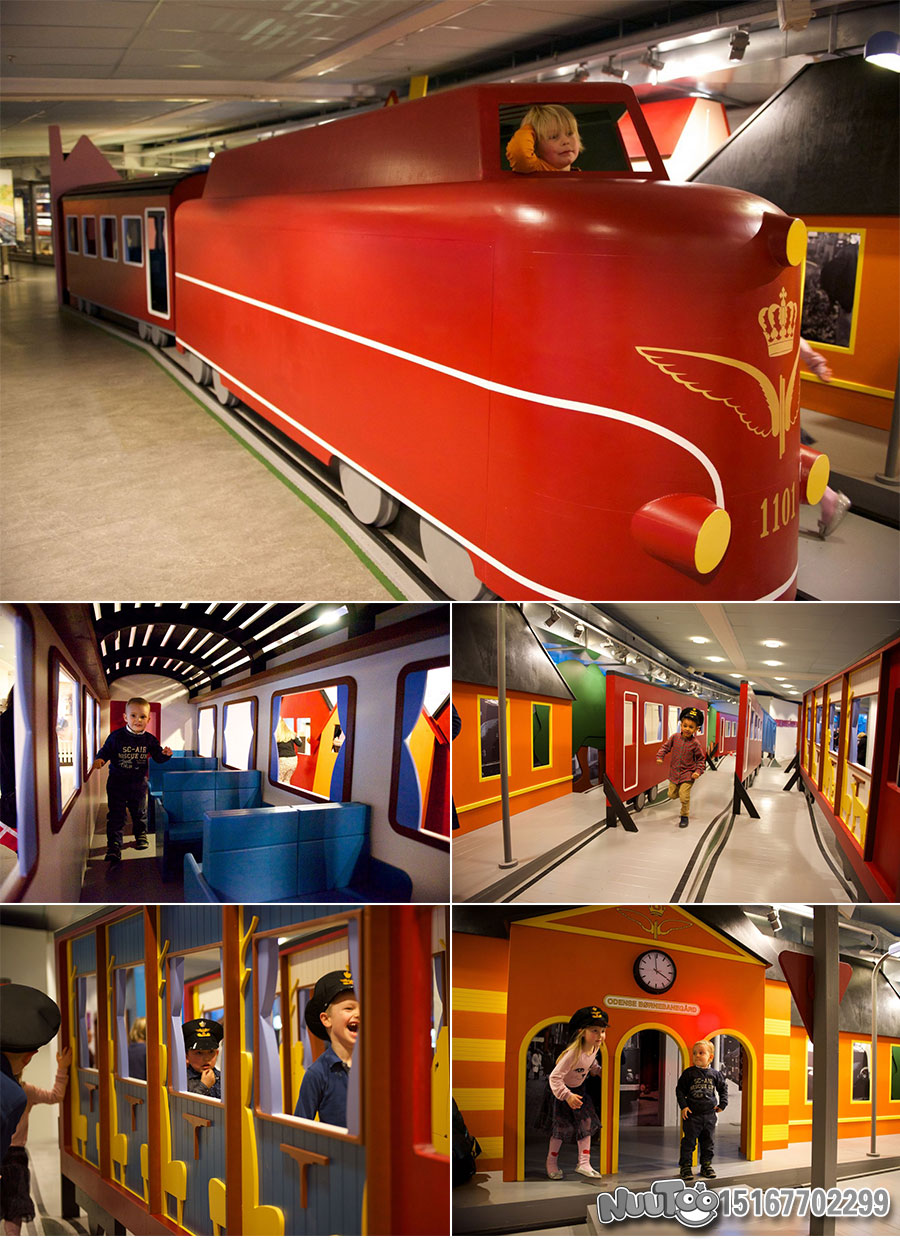 The amusement park in the Danish Railway Museum has a moving minivan and control room inspired by the Odense station in the 1960s. Let the children experience the feeling of being a train conductor from an early age, more entertaining, and seeing the old train in the process of playing. 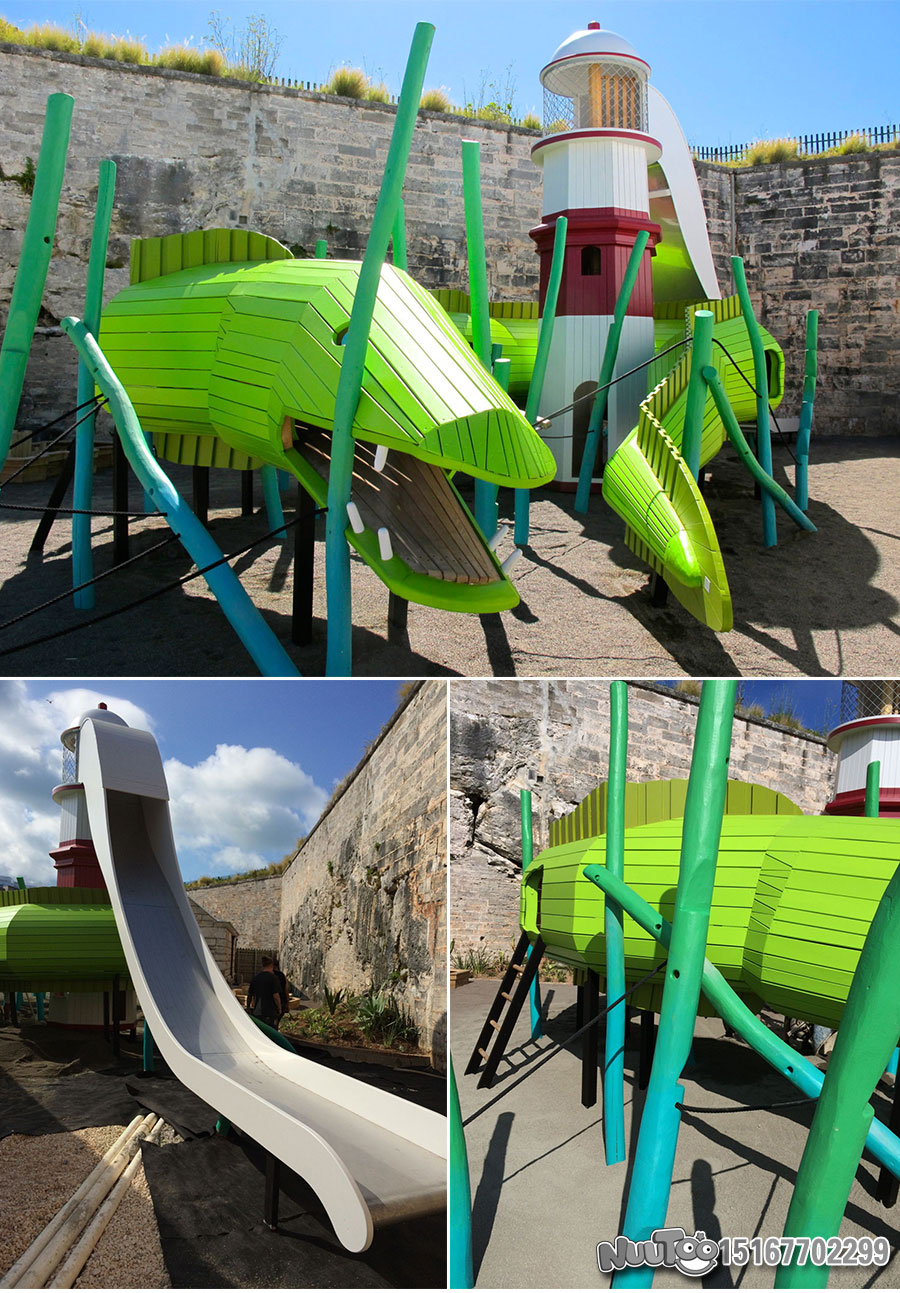 On the right side of the National Museum of Bermuda, a huge green squid surrounds the lighthouse, allowing children to entertain after visiting the museum.

Sperm whales have always been the focus of adventure stories, inspired by the famous novel Moby Dick. 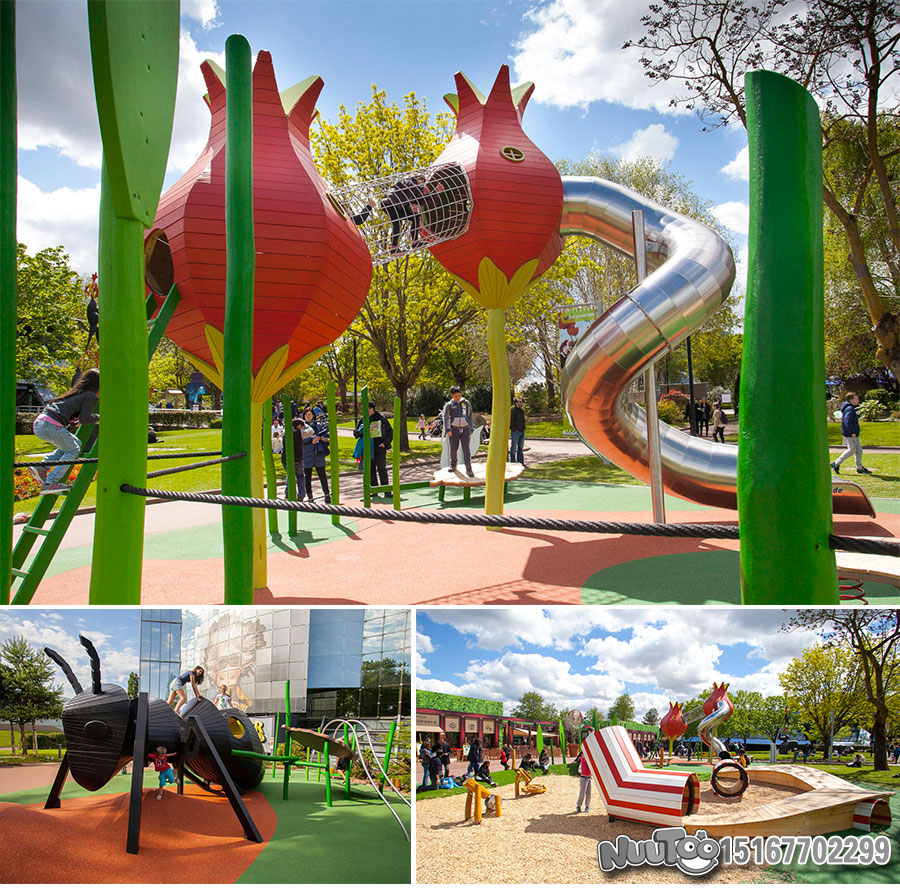 Have you ever imagined being insect-sized? The giant flowers and green grass in the playground, coming in here, make people feel like they have become small ants.

Classic pirate ships can also be made new by them, exploded after being hit by shells, the hull is fragmented, the use of color and the design of the shape are vivid. 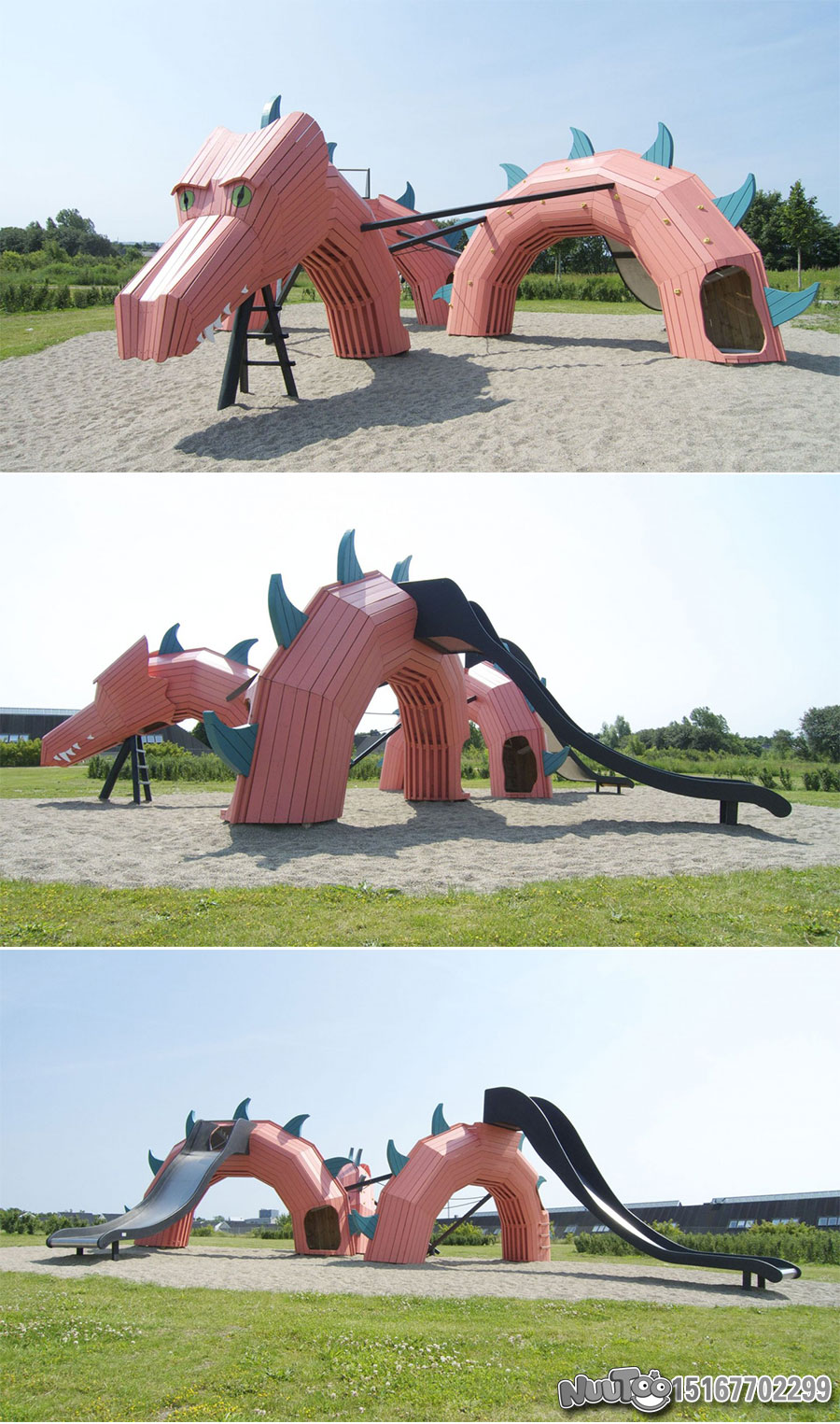 Be careful! The pink dragons haunt the Mulliedernes Park in Aalborg, so be careful! 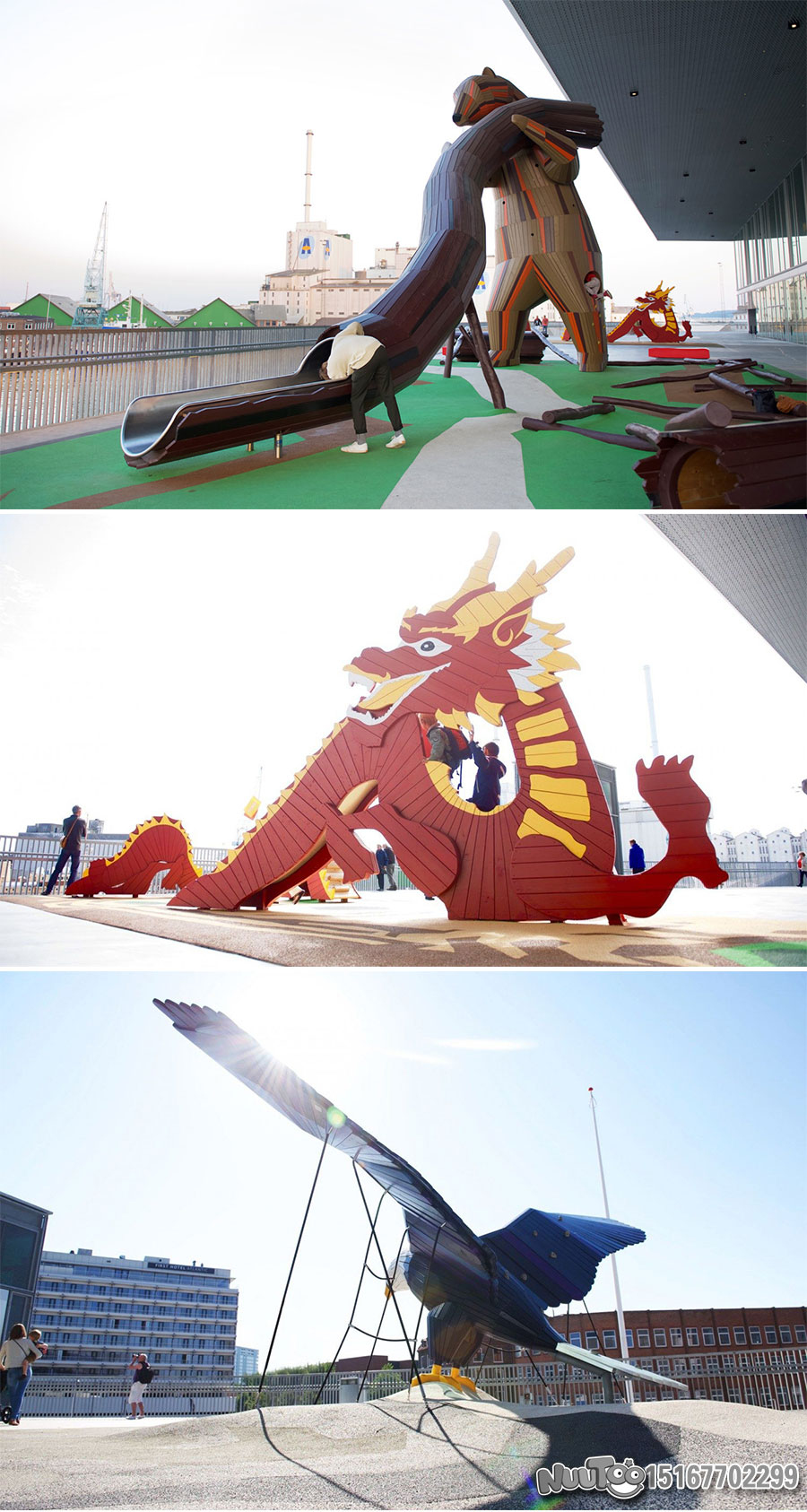 The tree trunks lifted by the giant bears and the giant birds that landed on the ground became a beautiful landscape outside the city's library and service center.

There was a pilot who had a long expedition in the Bermuda Triangle and investigated many stories about the mysterious disappearance of ships and planes in the area. Do you want to explore these unsolved mysteries together?

Children can climb to the top by rock climbing, and you can blow on the air and watch the scenery.

By entering the 2.6-meter-high diesel engine through the flywheel, you can know its internal structure and become a small engineer! 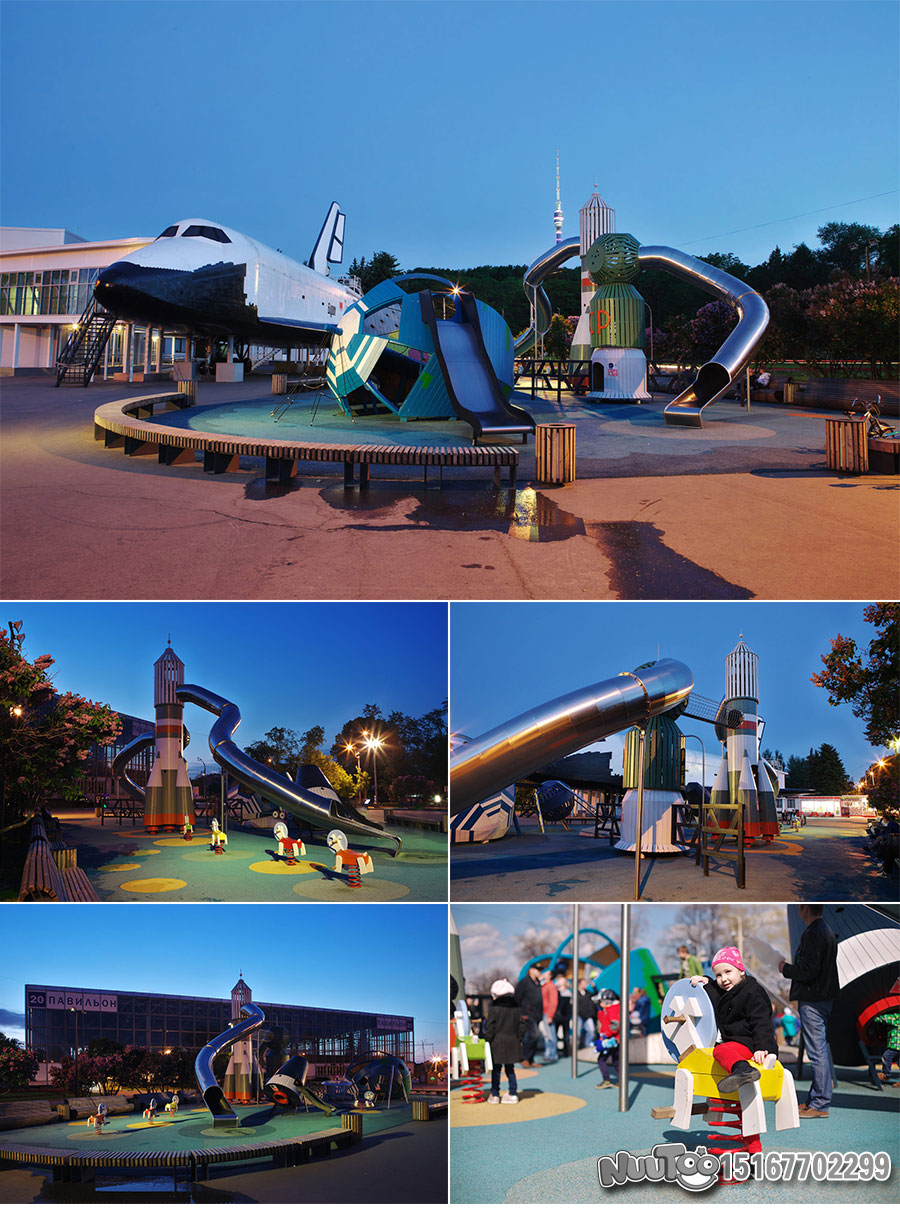 Next we have to leave the surface of the earth and venture into space! This is modeled after the Russian manned space program. We can shuttle through the equipment in the various space stations, and slide down from the high slides, just like returning from space to the surface! 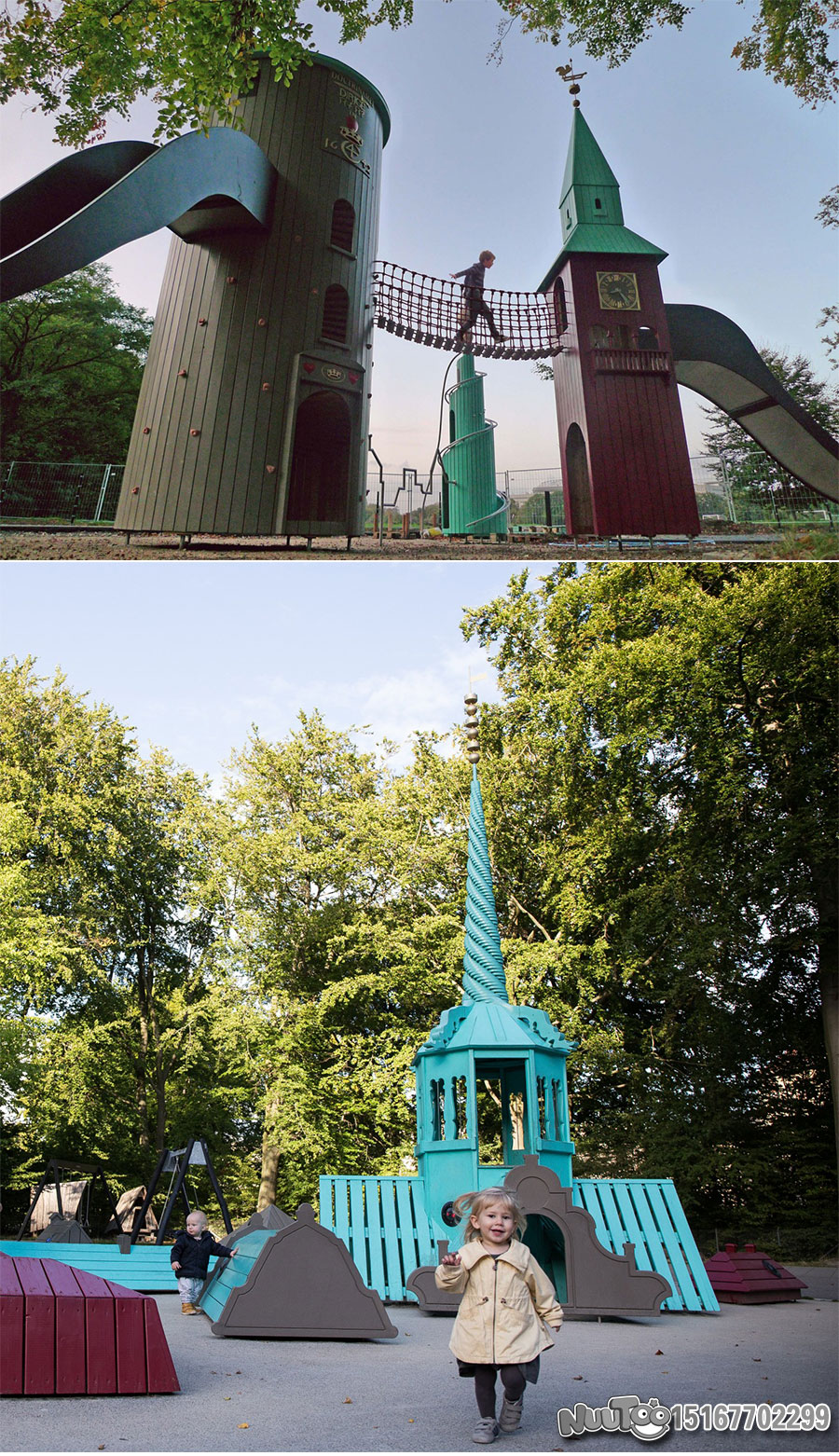 Imitated the most common and popular tower building in Copenhagen, not only that there is an observatory for children to play, but also astronomical knowledge. 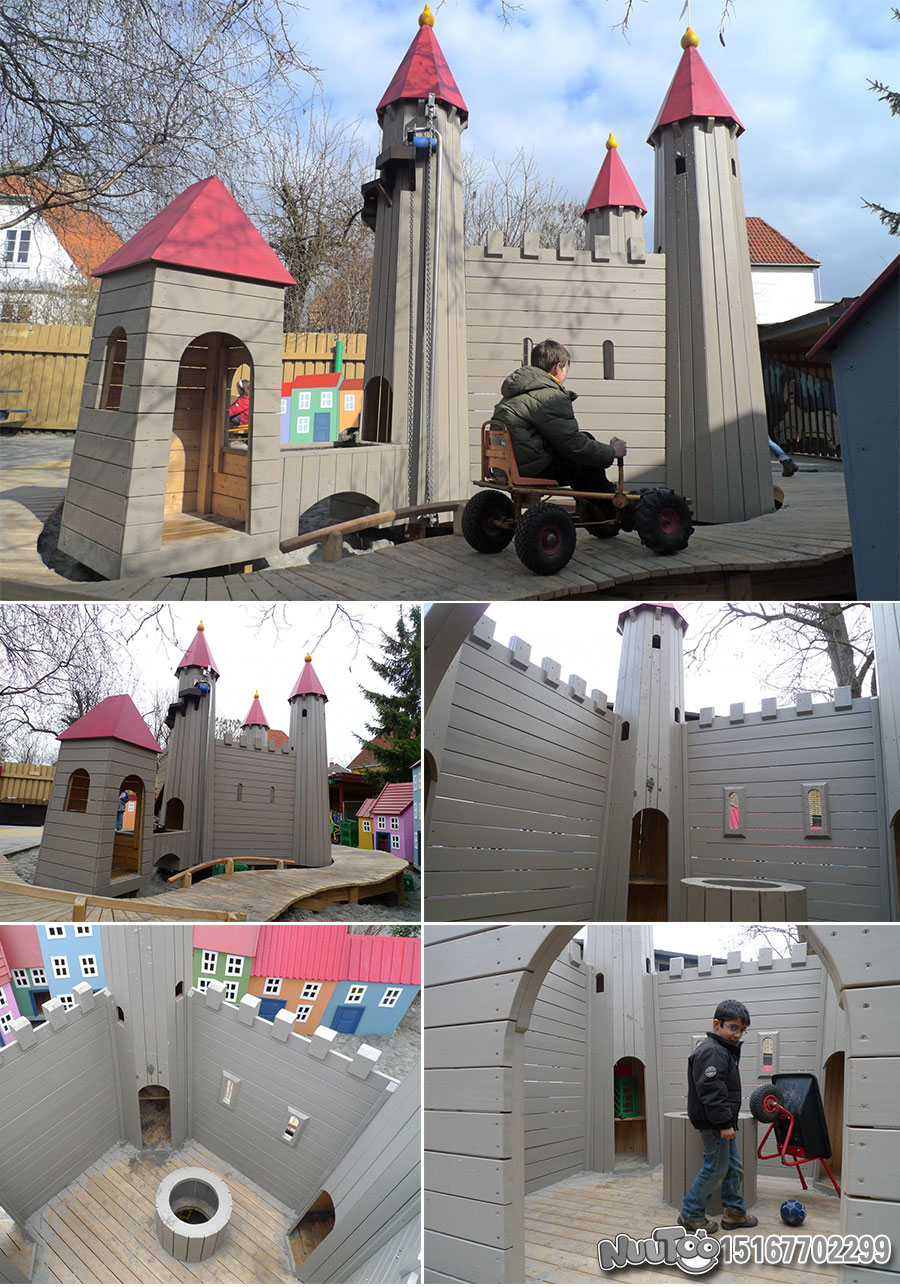 This fort offers a great adventure scene for kids to play hide-and-seek or role-playing games. 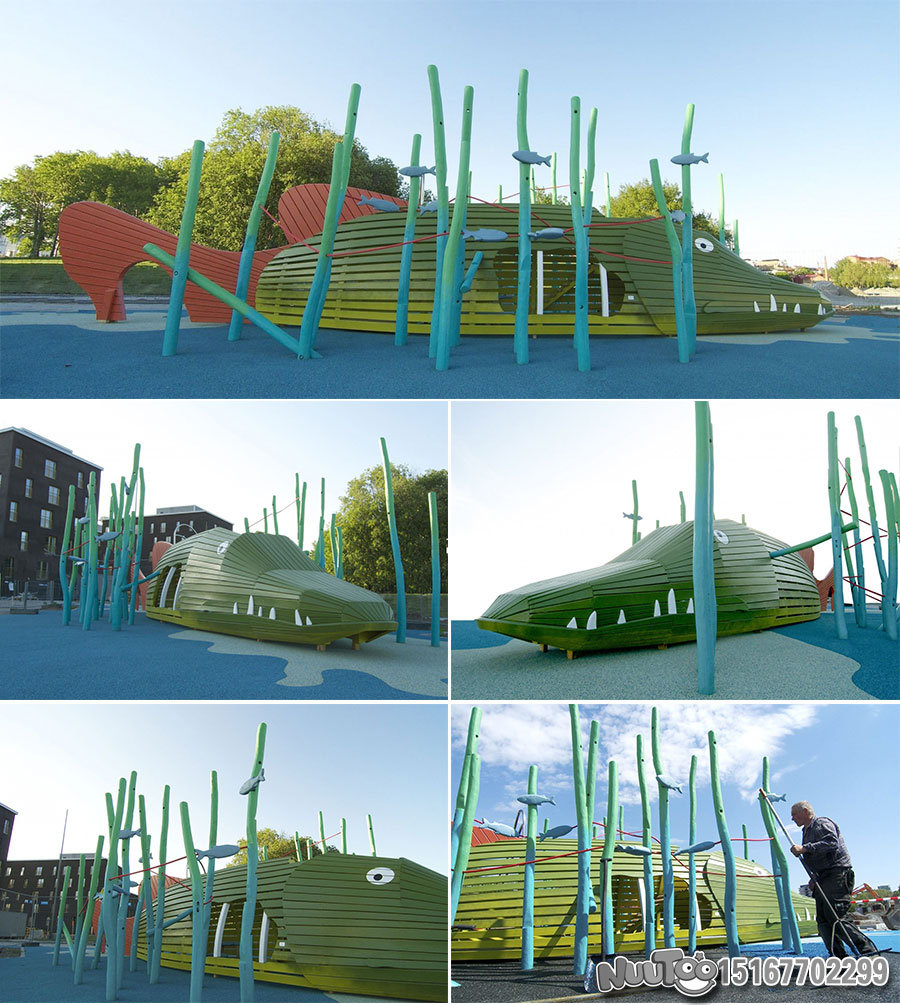 Barracuda is very greedy, it eats any food, you may want to be its next meal!

The decoration on the tower is like a crown, the princess tower and the rocket are so arrogant, only these two designers can think of it! 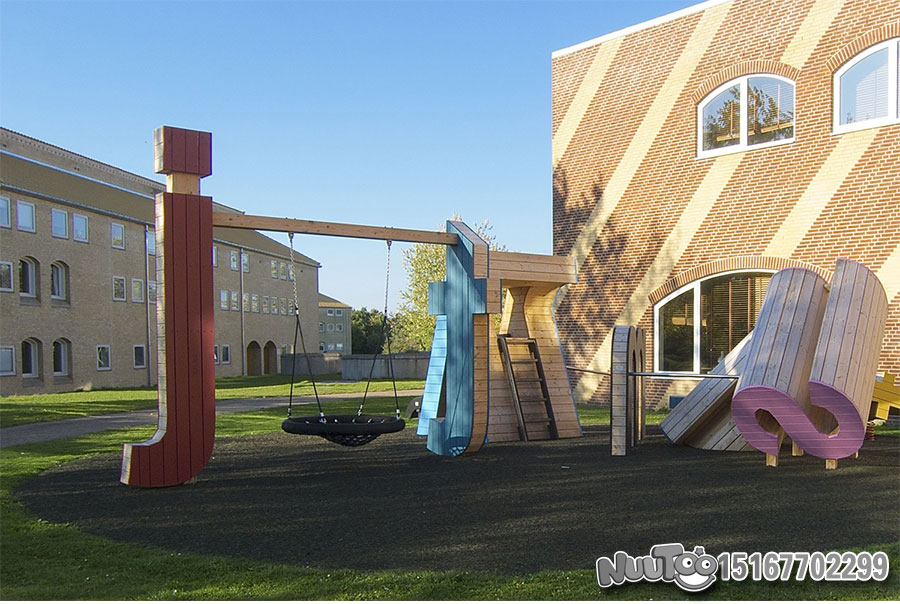 The design of the letters can be so attractive. At first glance, it is thought to be sculptures. It is also a playground for children. The wooden materials are placed next to the woods lawn, and there is no sense of disobedience. 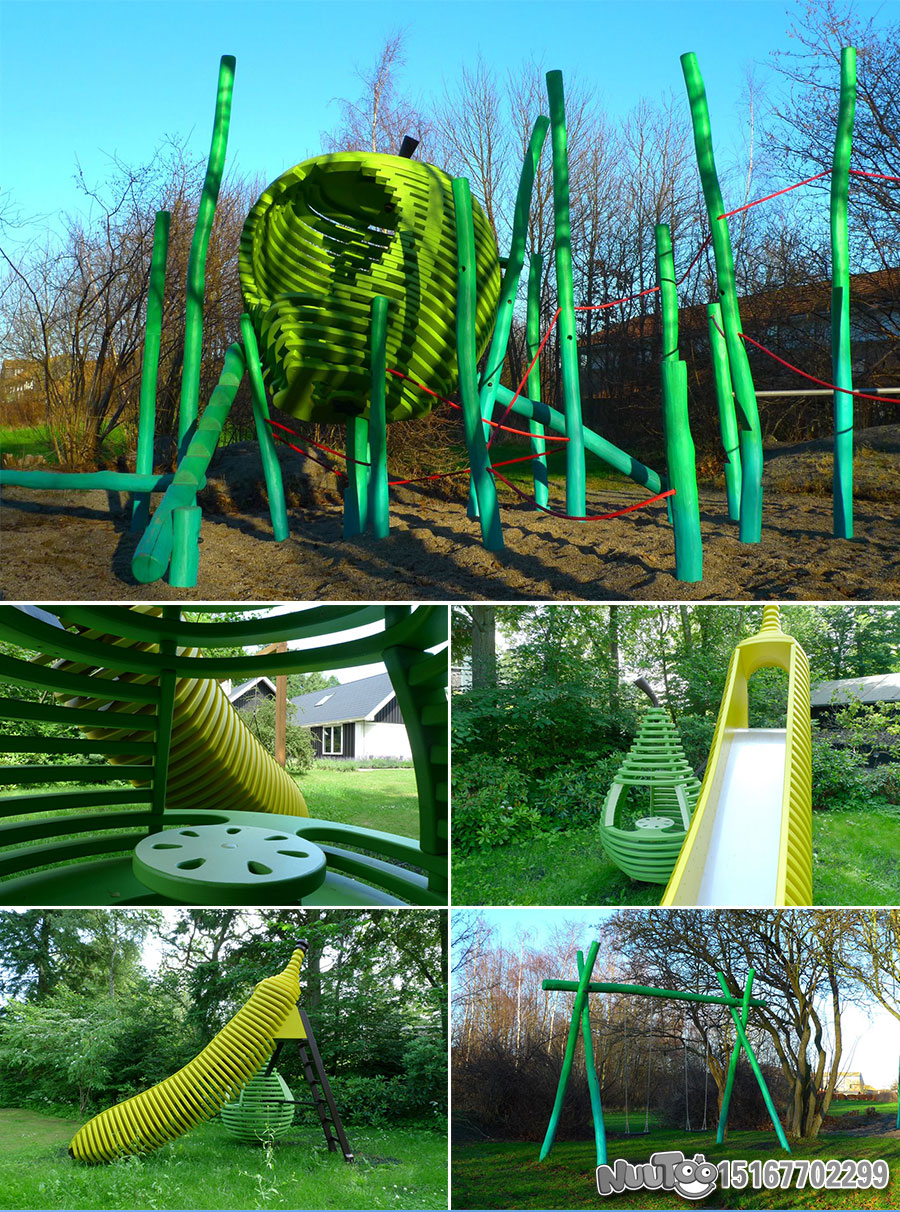 The ability to integrate man-made objects into nature is the highest level of design, allowing children and adolescents to not only see abstract, design-inspired things, but also to stimulate their creativity while growing up; Naturally intimate contact. 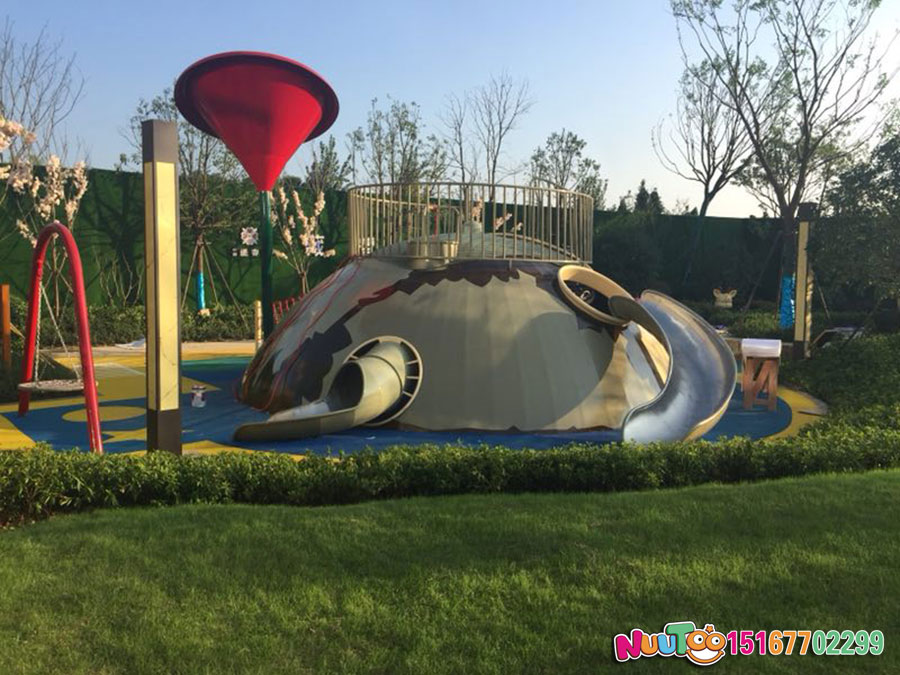 Suzhou Prince Park, the exploration of the planet is the footsteps of human beings, the designer will not be confined to the narrow space imagination, leading the children into the world of the planet to start here! 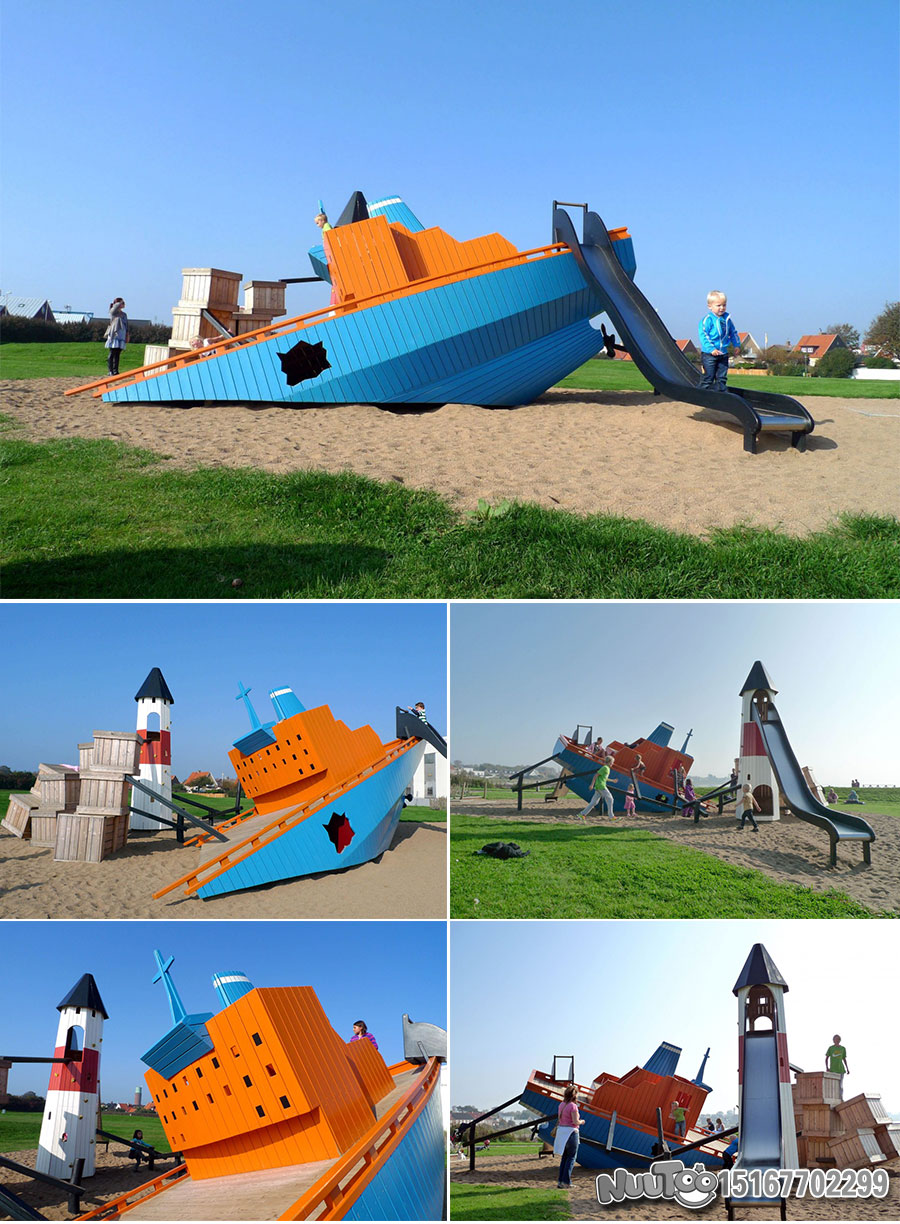 Each piece is not just a fantasy, they combine local characteristics, such as specialties, interesting things, historical events, etc. to create. 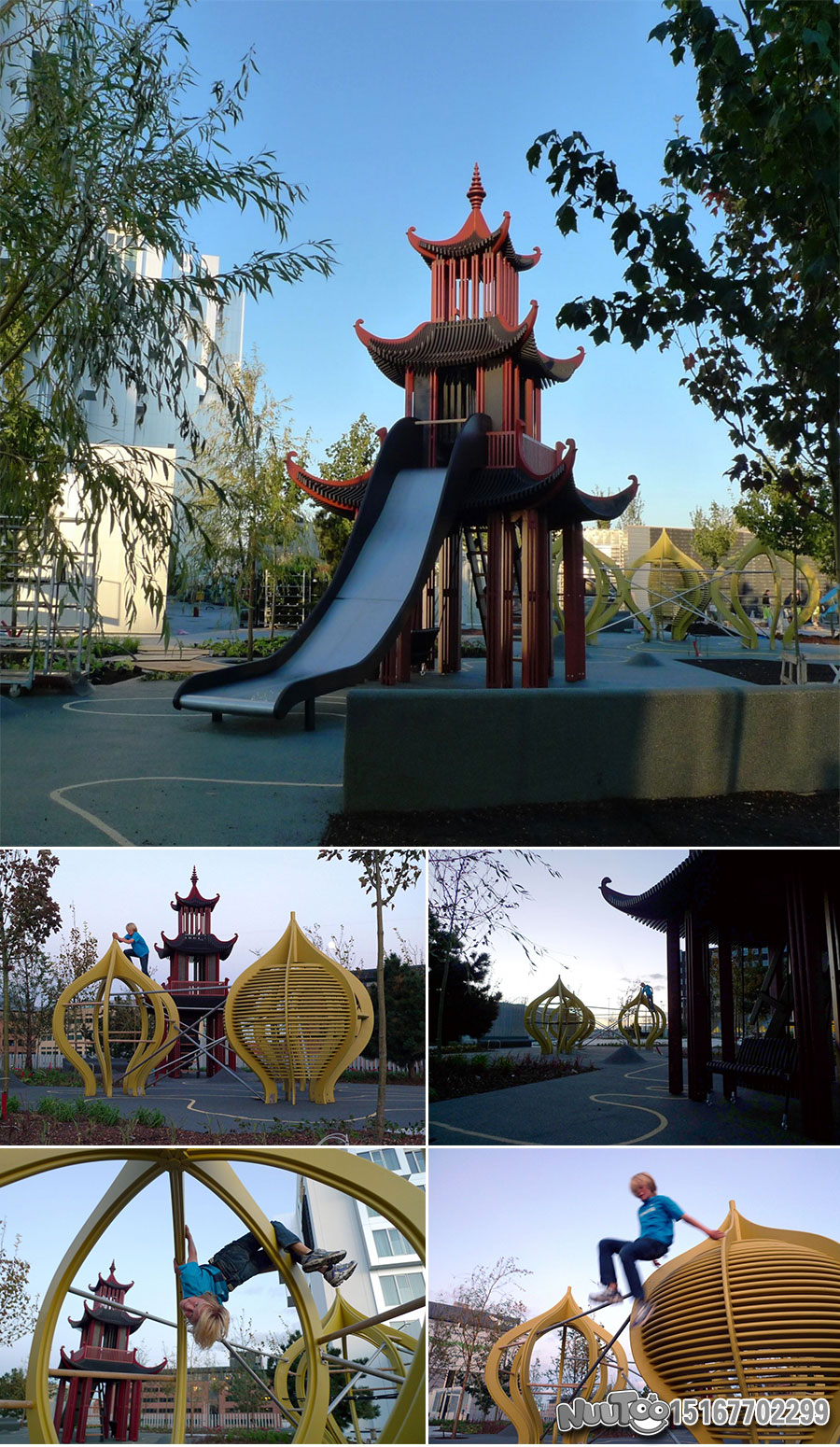 So these have surpassed our general awareness of the "playground", and these rides have won an international design award. 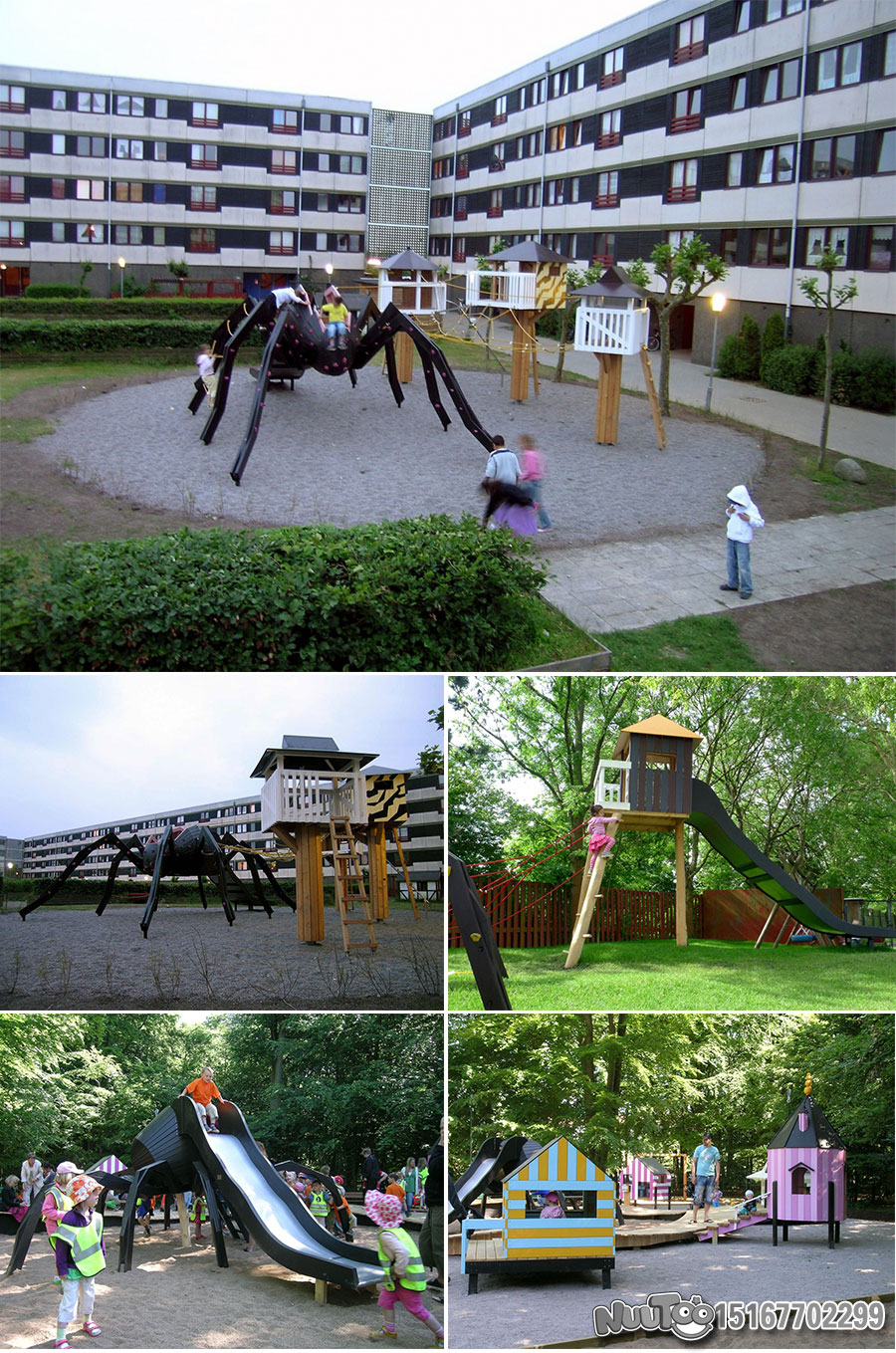 The giant animals, the children just look at the surface will not play, but the attractive shape will make them move and find out. This is the value of “MONSTRUM”, which makes people active and guides people to explore.

Big squid in the air 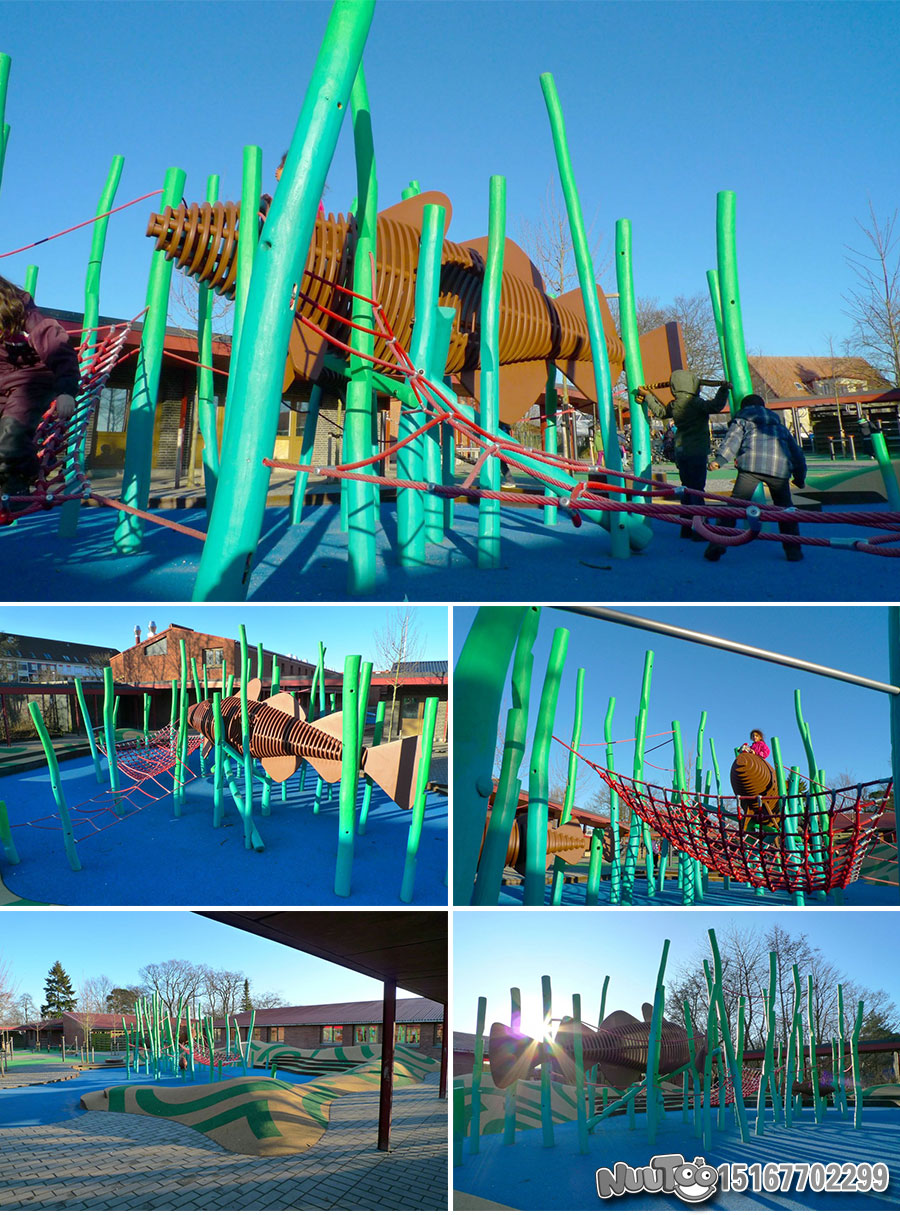 Then there will be new discoveries in the process of exploration. The original gameplay and methods can be so diverse!

The novelty of appearance, multiple play, and the highest quality and safety standards, you can definitely play with confidence! 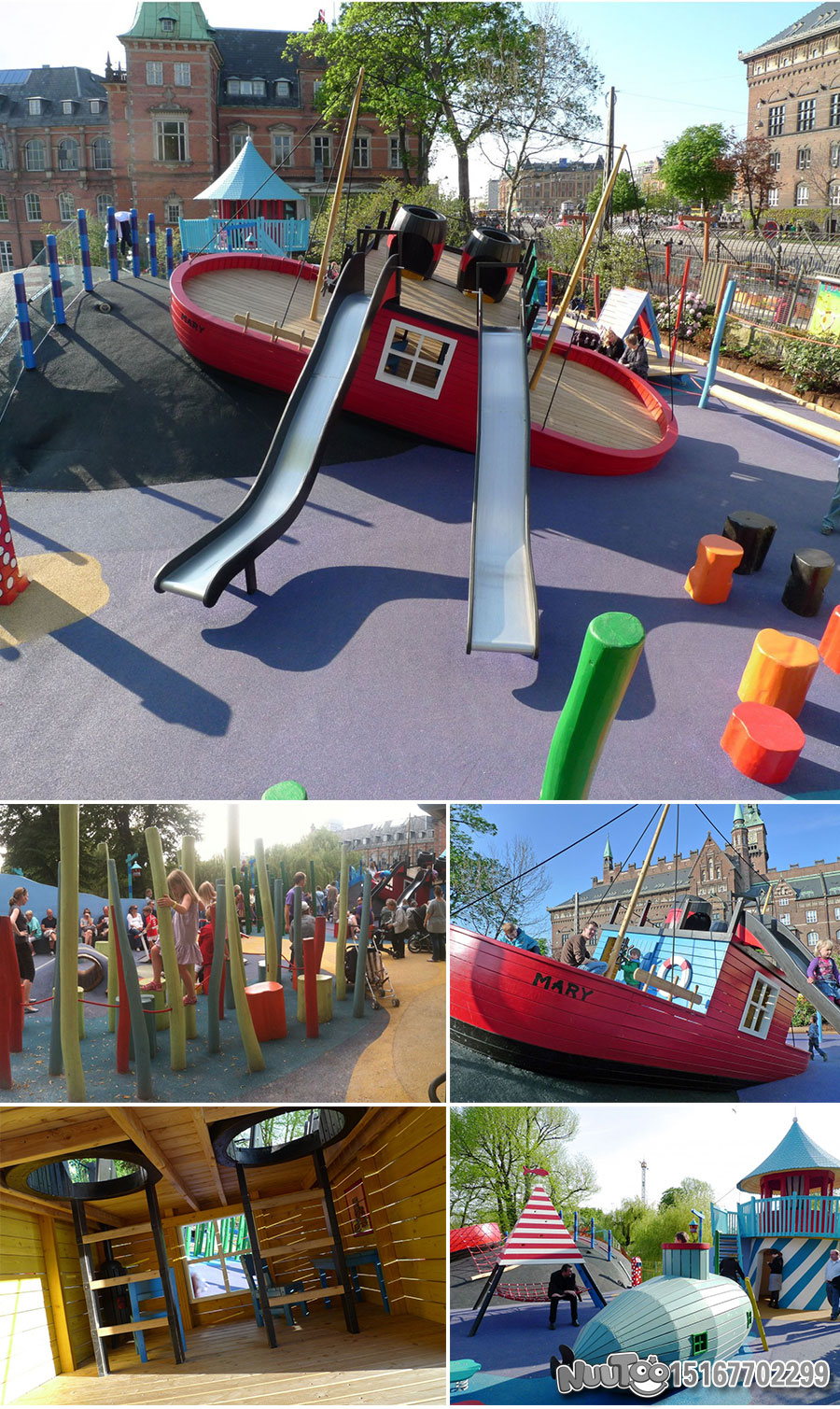 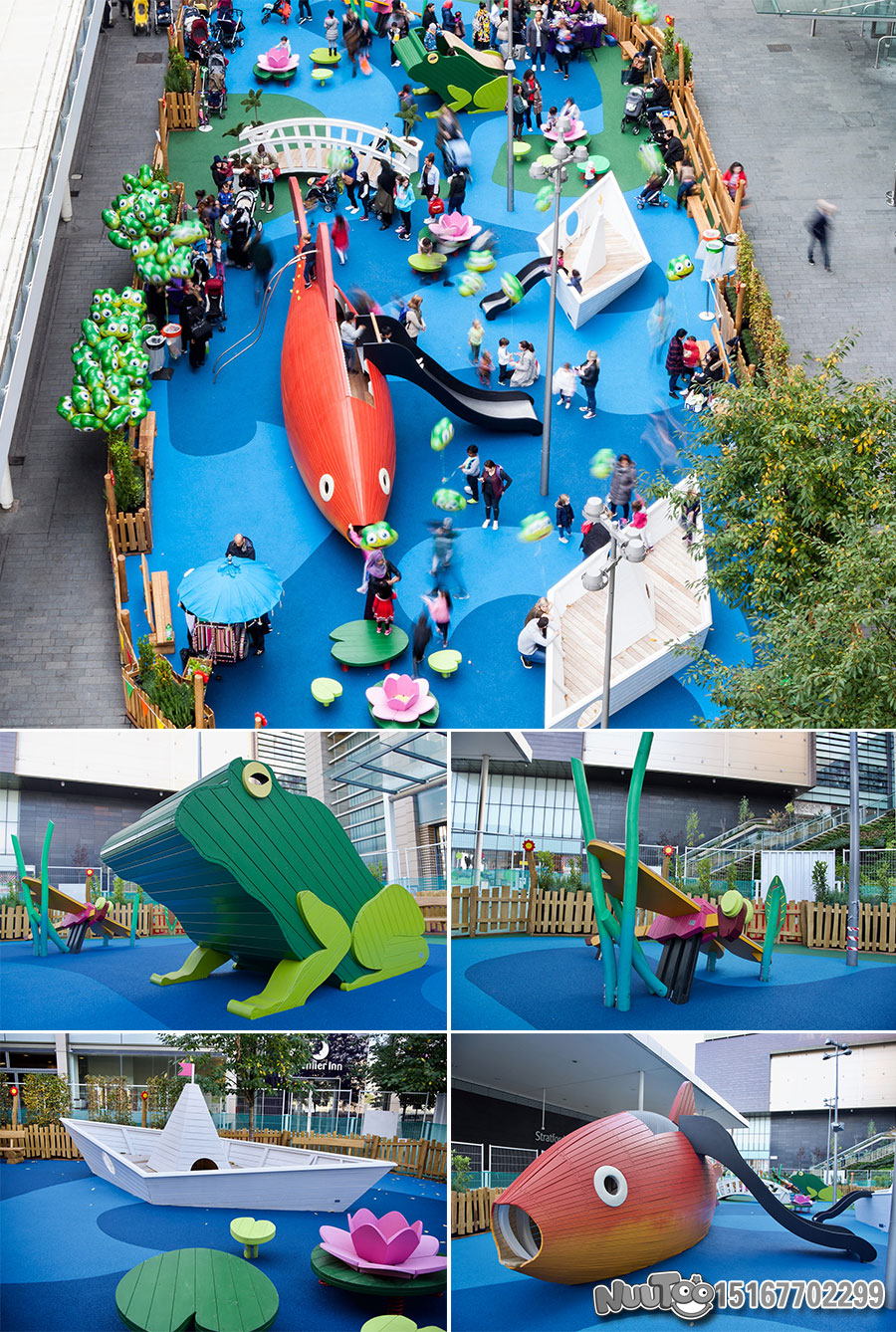 I really couldn't help but praise these designers. This kind of playground is unheard of and unseen. The appearance is attractive enough, but it is a combination of abstraction and creativity that can inspire children to explore and discover. The principle of intangible design is the center, blending into nature, and at the same time teaching and learning, and pushing the playground to a new height.